A couple of days after Halloween last year, when I was about 8 months pregnant, we decided to buy a costume for our baby because they were half-price. We went with a cute little baby unicorn outfit.

Fast forward to about a month ago. I remembered that we had bought that outfit for Eve and now John and I needed to work out how we would dress up. We wanted to have a family theme and we quickly realized that it was hard to think of adult costumes that would work well with a little unicorn. We thought we could all be mythical creatures but then we couldn't think of a good one for a man. In the end, we settled with me being a mermaid and John being a knight. Knights may not have be mythical but they're always around mythical creatures in stories.

On Halloween we went to a fun party thrown by some of our friends. We ate "Halloweeny" foods, played games, carved pumpkins, and watched a little bit of Hotel Transylvania. Eve had fun crawling under the table while we ate, trying to press the buttons on everything in the house, playing with our friends' little dogs, and looking adorable as a little unicorn. She looked so adorable, in fact, that she was awarded he cutest/"scariest" costume.

I'd never gone trick-or-treating as a child or been to any Halloween parties, so this was the best Halloween I've ever had! 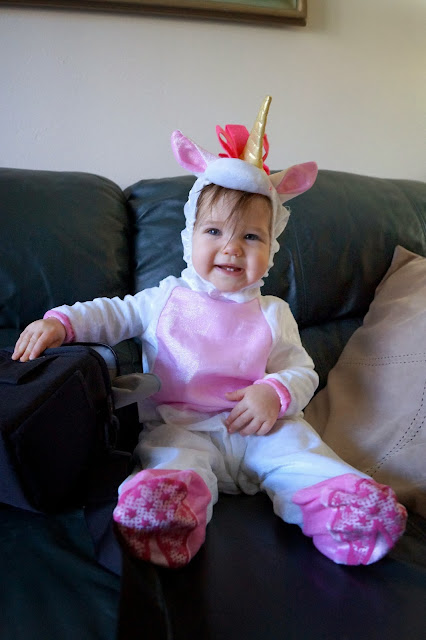 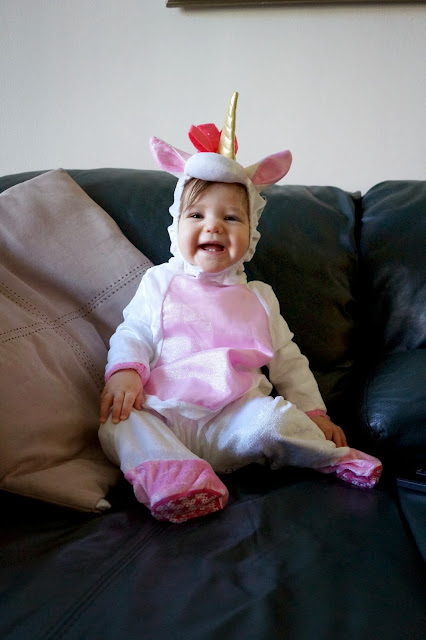 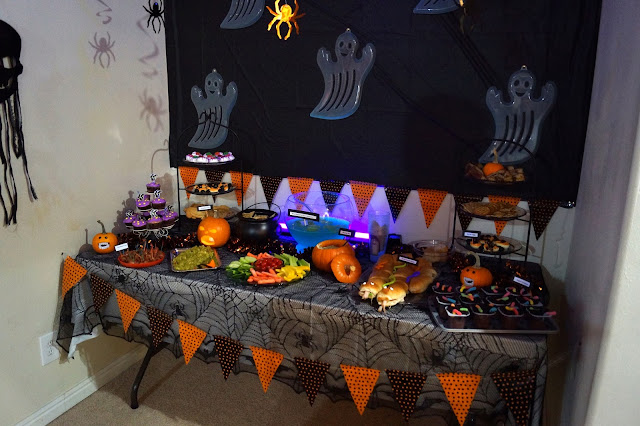 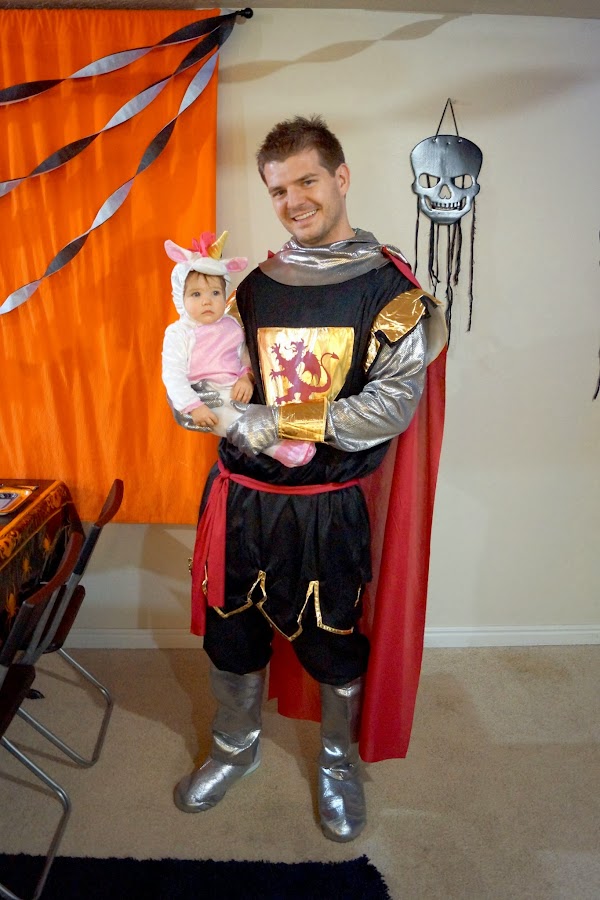 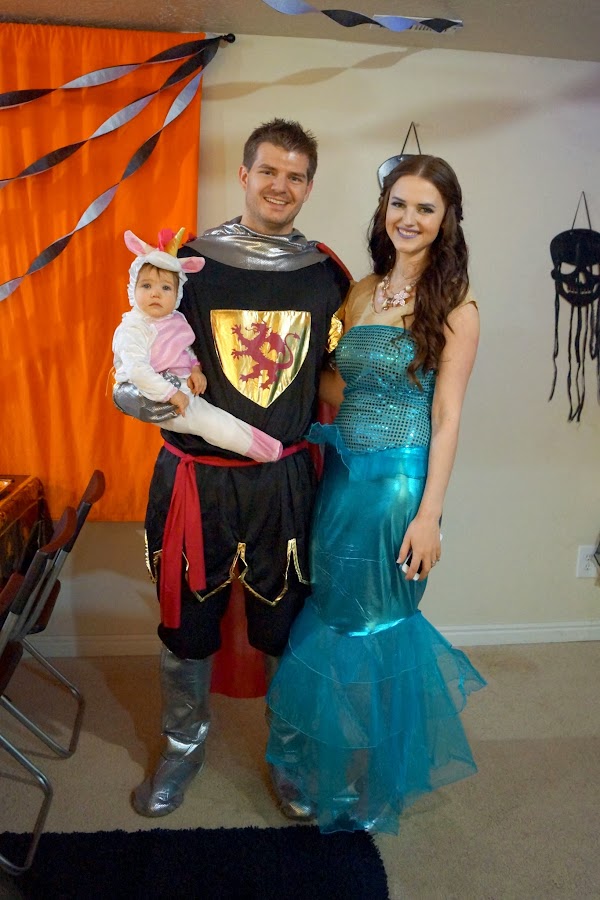 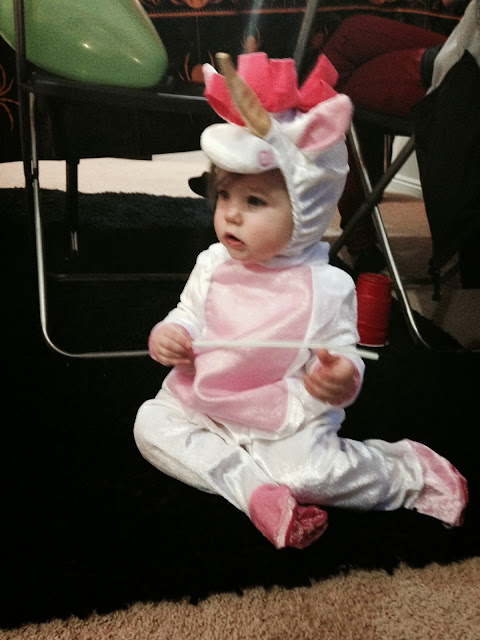 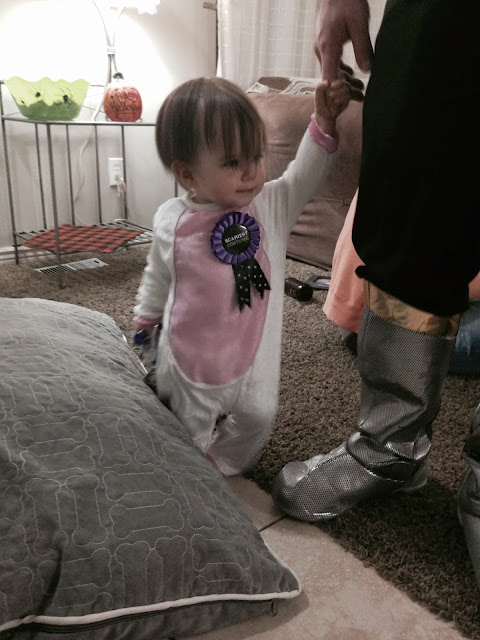 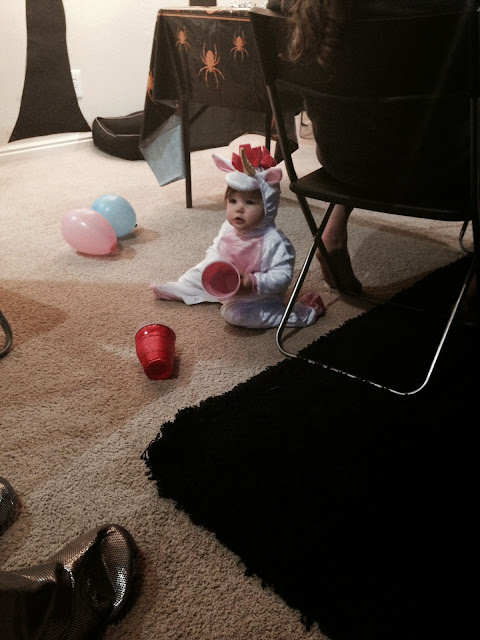 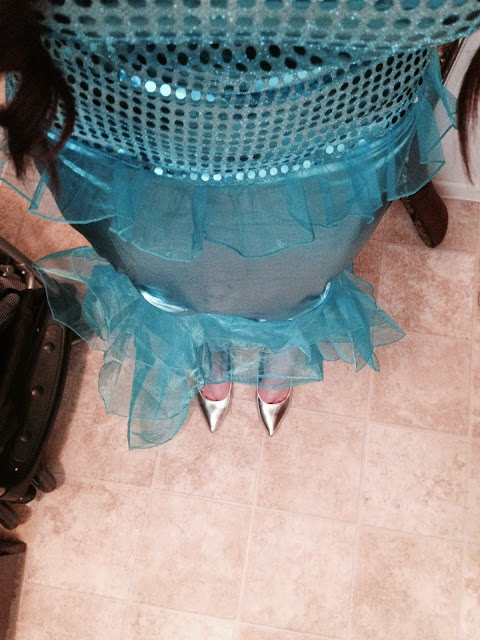