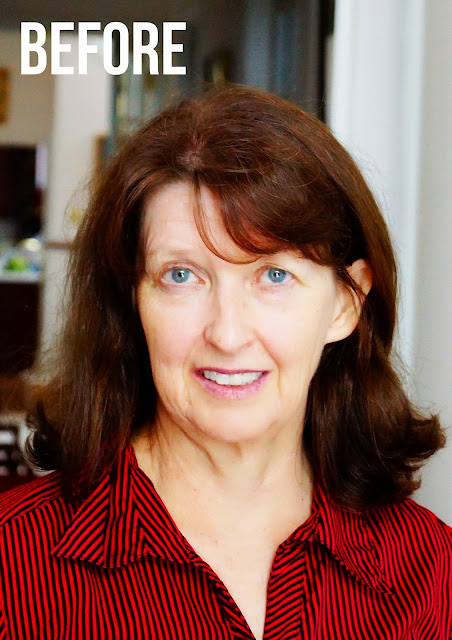 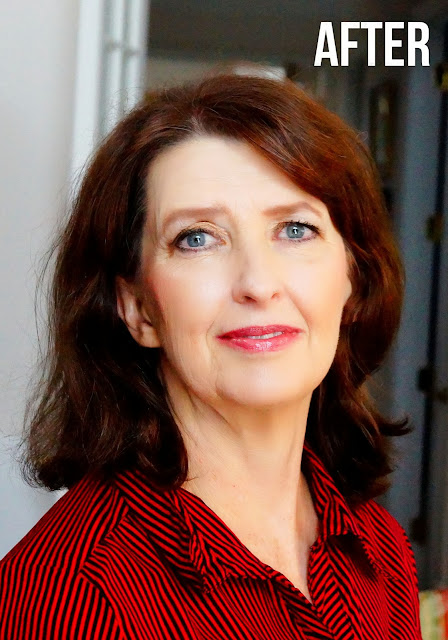 A couple of weeks ago my husband suggested that I give his mother a makeover. Not that she needed one. She already does her makeup well. I do use some different techniques though that we thought would be fun to try out.

To bring out her blue eyes, I decided to use some gold and brown eye shadows. The perfect palette for this was my Naked Palette (speaking of which, have you seen the new Naked 3 Palette? I'm in love!)

One of the best parts of this makeover was that I learned something new too! My mother-in-law introduced me to this cool product that seriously increases the volume of your lashes. It's called Fast Lash and it contains little fibers that adhere to your lashes. You apply it between coats of mascara until you achieve the volume you want. I was really impressed!

Now I'll walk you through what I did: 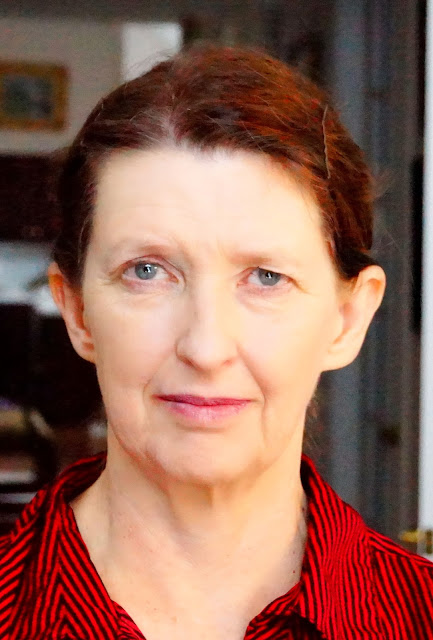 I started out by applying e.l.f. Studio Mineral Infused Face Primer to help smooth the skin and fill in any large pores and lines. I then applied my mother-in-law's preferred foundation, L'Oreal Visible Lift. I then applied Revlon Photoready Concealer under her eyes and to any blemishes. I finished by applying a pressed powder to set everything. 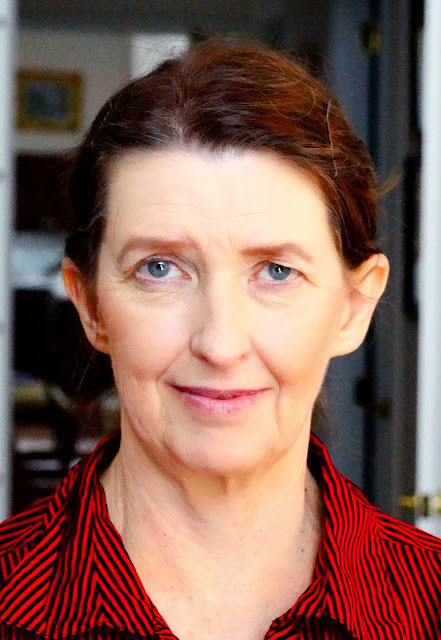 Next I applied Bahama Mama Bronzer underneath her cheekbones and along her jawline. I also applied a rose colored blush that my mother-in-law got from Costco above the bronzer. I applied it behind the apples of the cheeks as this has a lifting effect. I also highlighted her face using MAC's Iridescent Powder in Silver Dusk. I applied this down the center of her nose, underneath her eyes next to her nose, between her eyebrows, and just above where I applied the blush. I also defined her eyebrows with a brown shadow. 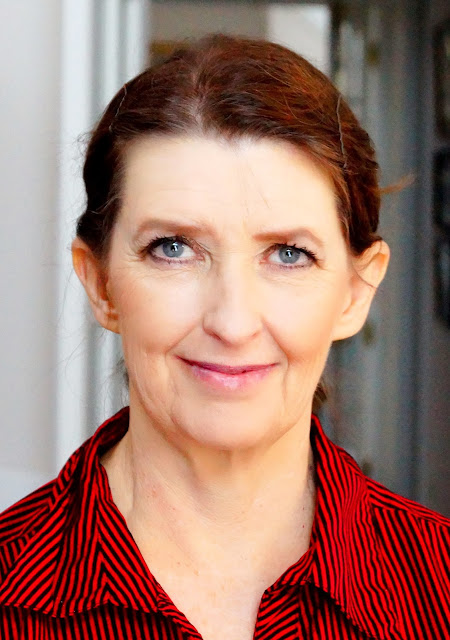 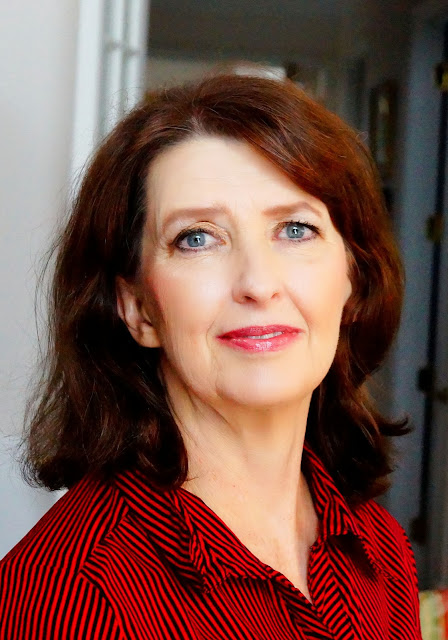 For her lips, I applied a rose colored lipstick. I used Maybelline's ColorSensational Lipcolor in Blushing Brunette. I then covered the lipstick with a peach lip gloss (Mirabella's Outshine in Illusion).
Labels: Beauty Makeover Makeup Naked Palette