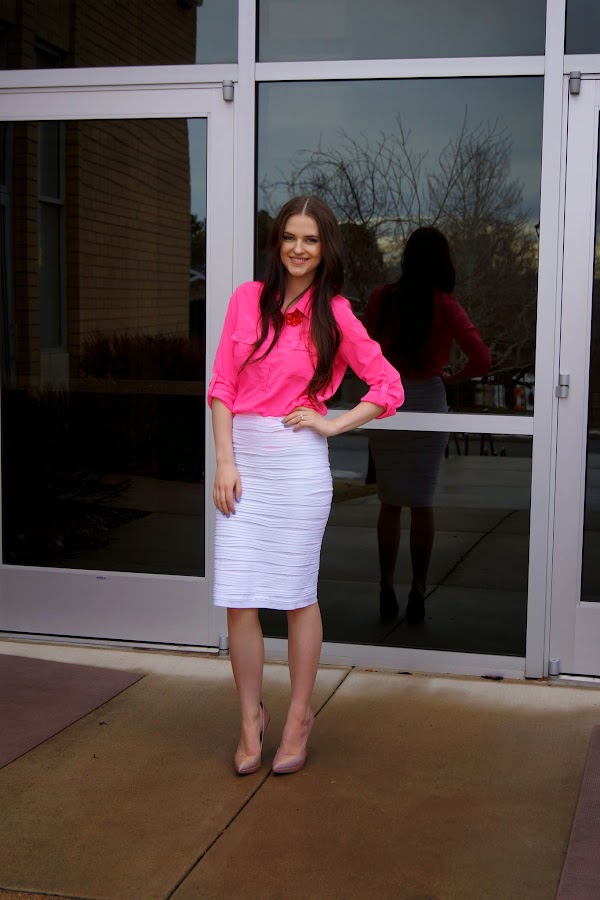 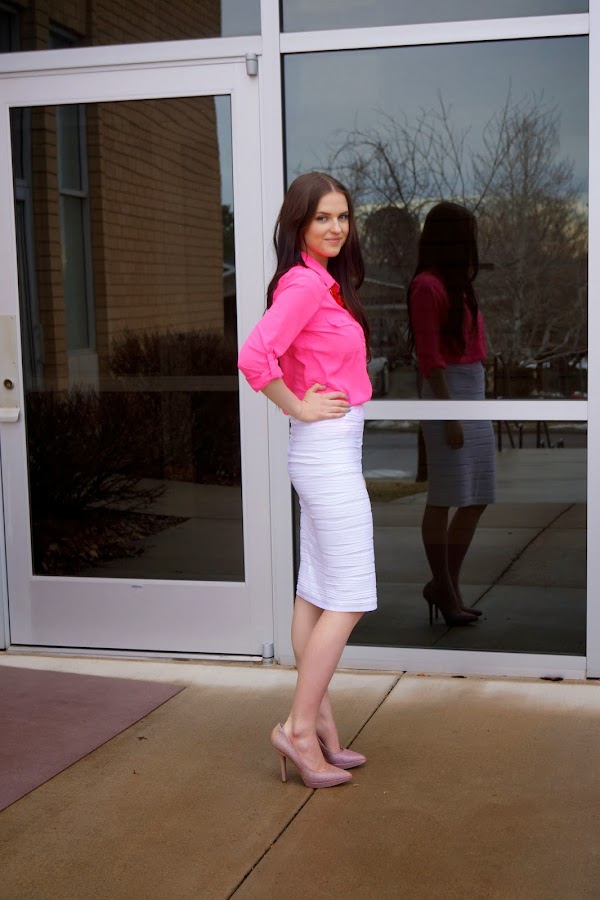 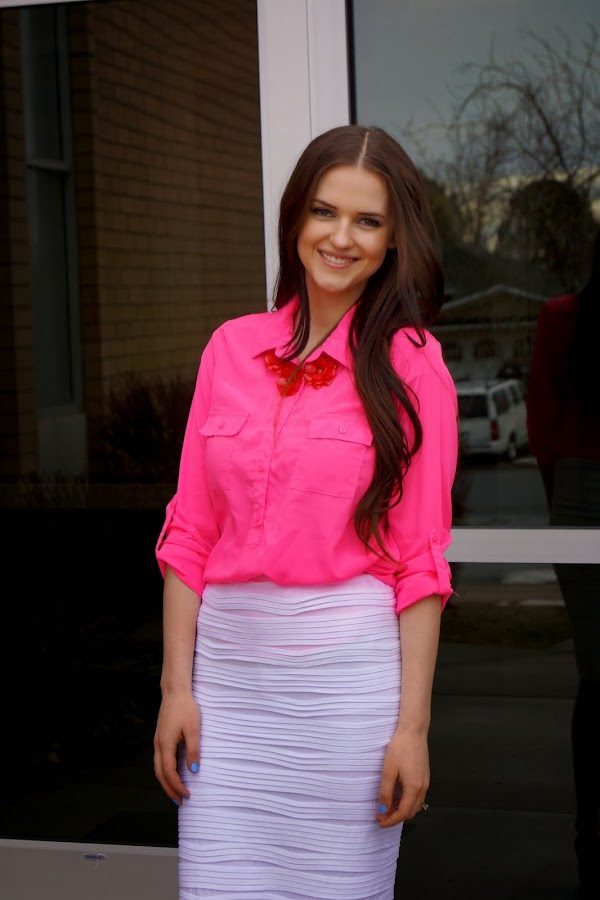 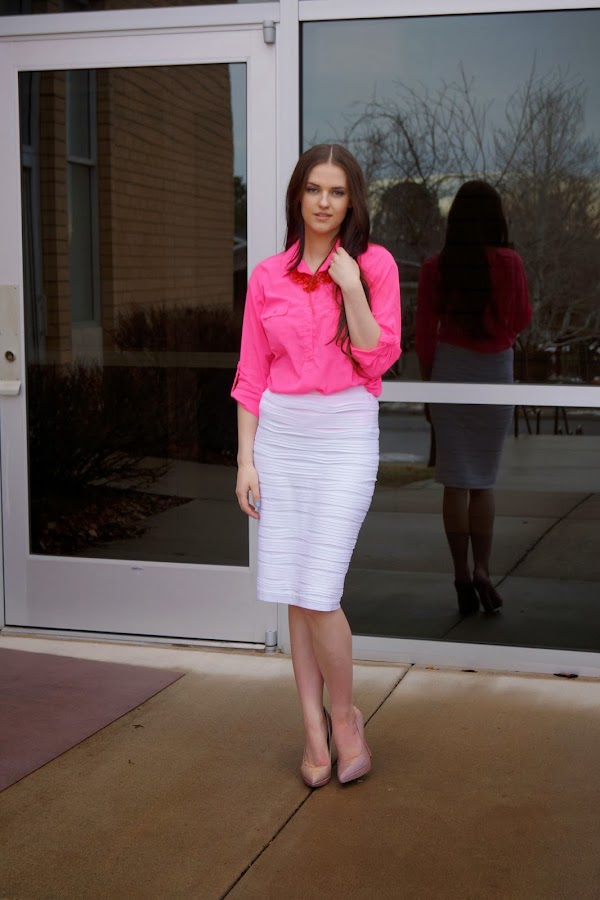 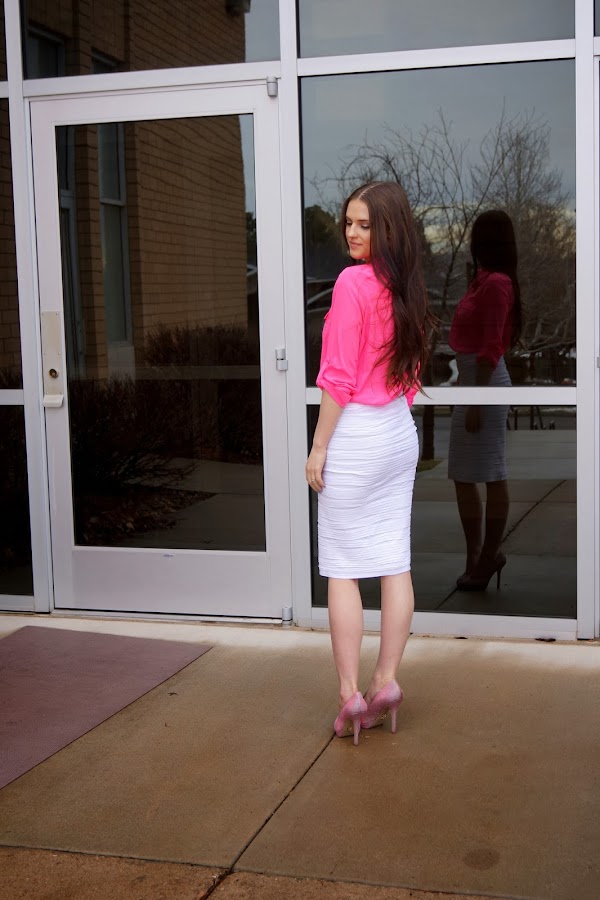 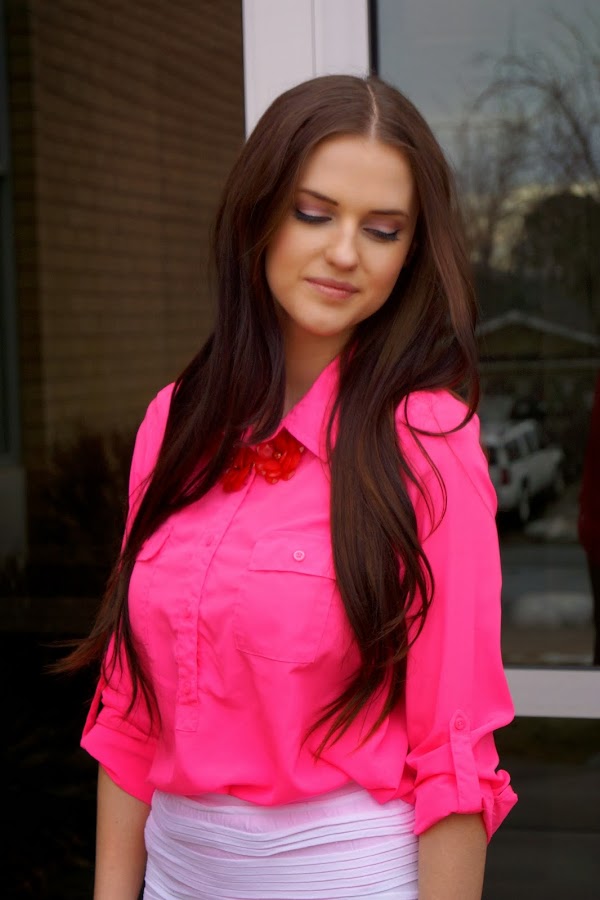 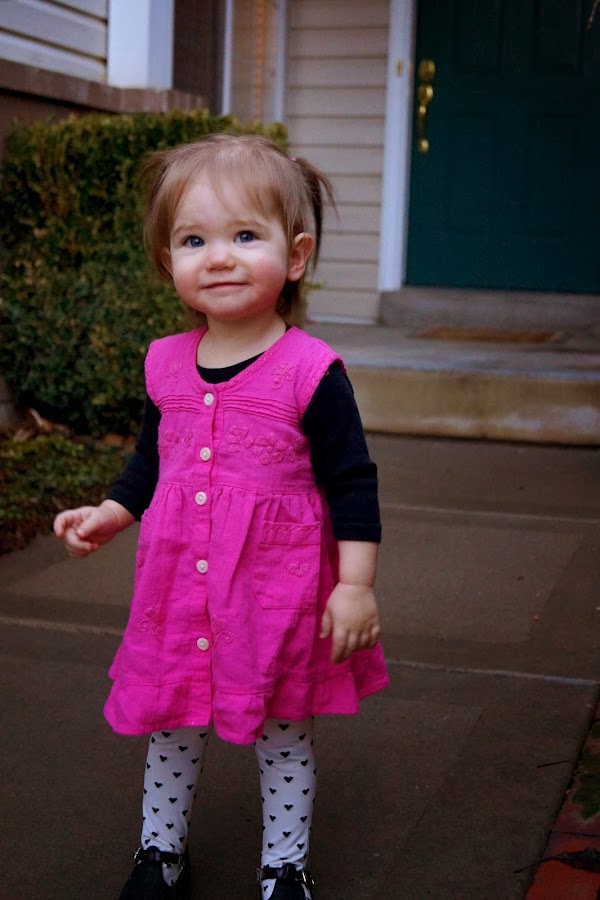 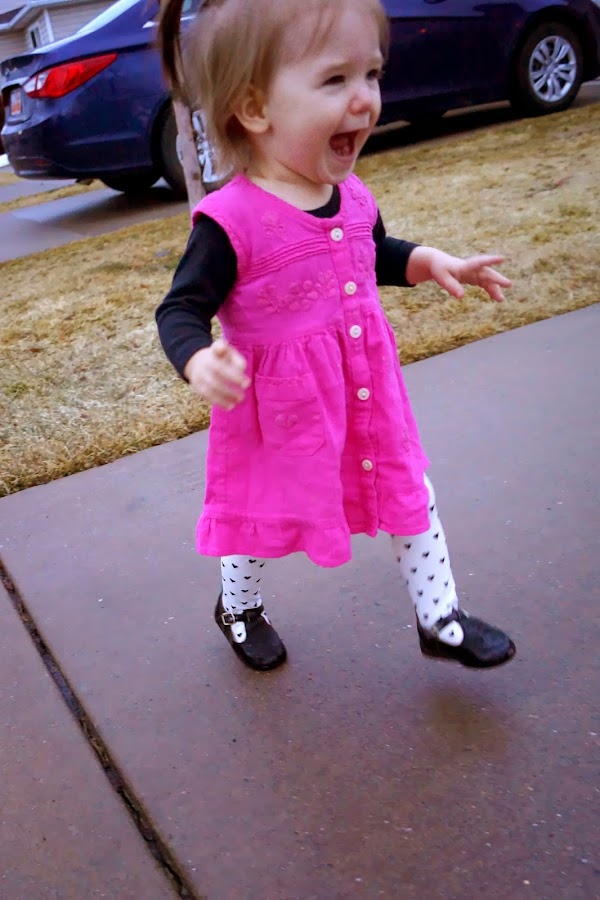 This is the outfit that I wore to church on Sunday and it was definitely Valentine's inspired! Pink and red are a combination that is generally avoided but like orange and black, and red and green, it's a little more acceptable on a holiday! Since I wanted to wear such an eye damaging shade of pink, I decided to only add a slight accent of red so that the look wouldn't be too overwhelming. I found that I really loved pairing white and pink- it's a perfectly feminine combination!

In the spirit of Valentine's Day, I thought I'd share a few of fun facts about my husband, John, and me:

1. I have had a crush on my husband since I was 17. I was friends with John's younger brother and his girlfriend during high school and we would hang out at John's parents' house sometimes. I was too young for John to give me much attention back then but he has told me since that he thought I was cute.

2. John's brother and his girlfriend set me up on a date with John during my first year of college. I didn't really expect anything to come of it.

3. John and I dated for a year before we got married. When school was in session we only got to see each other on the weekends because we were going to different colleges. We spent every day of the Summer together except for the week he went to Cancun.

4. John proposed to me after we had dated for eight months. We had picked out the ring together and he waited a whole month after that to propose. He kept telling me that he hadn't even bought the ring yet so I thought he'd changed his mind. I was getting pretty mad at him toward the end of that month!