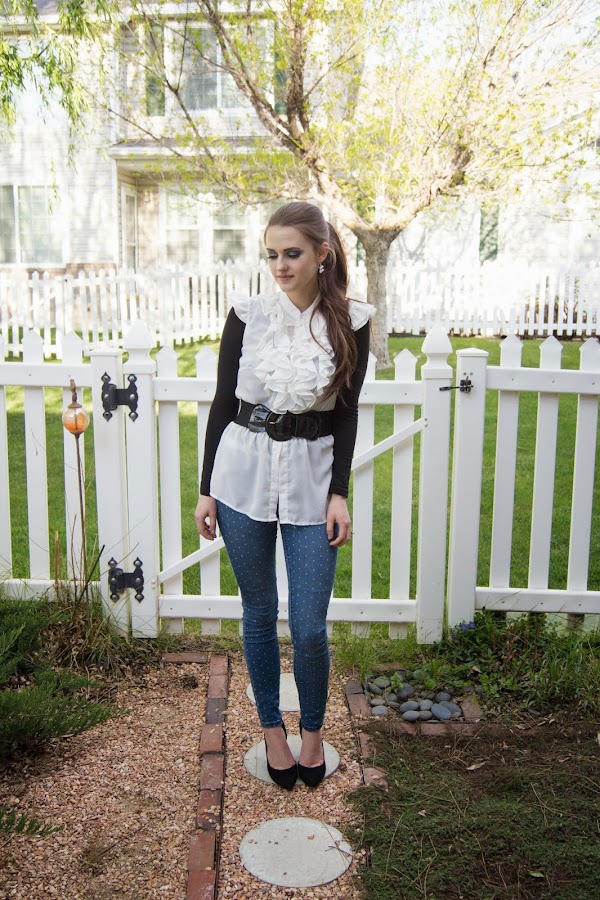 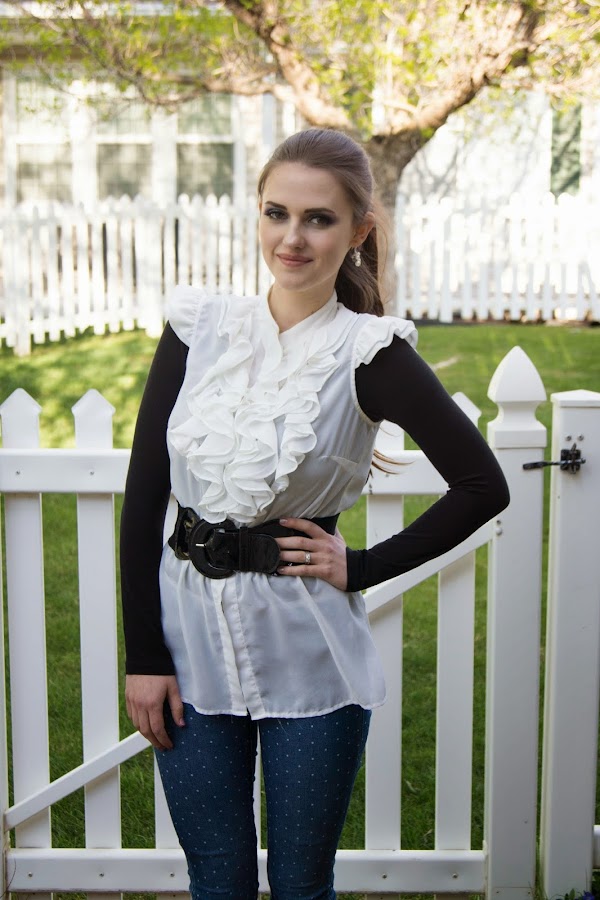 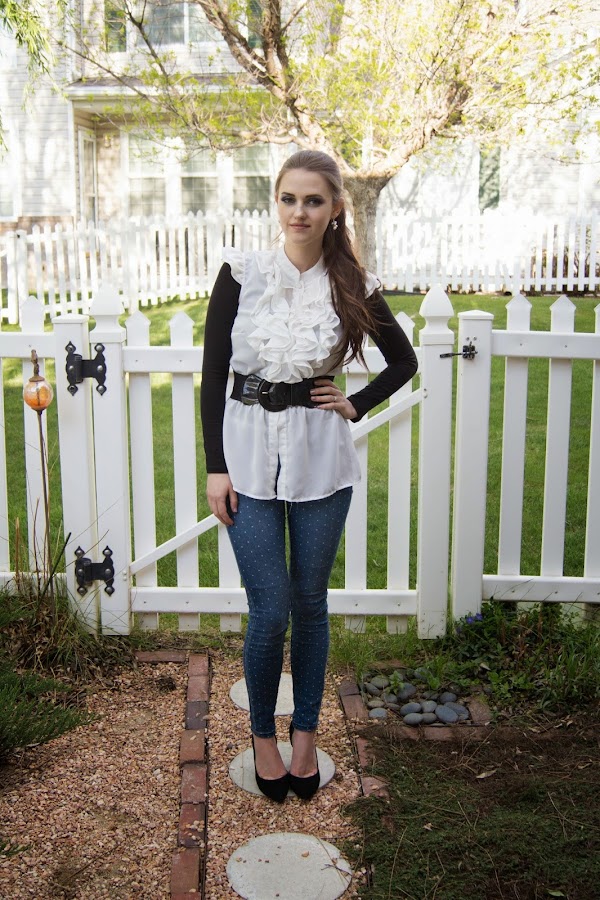 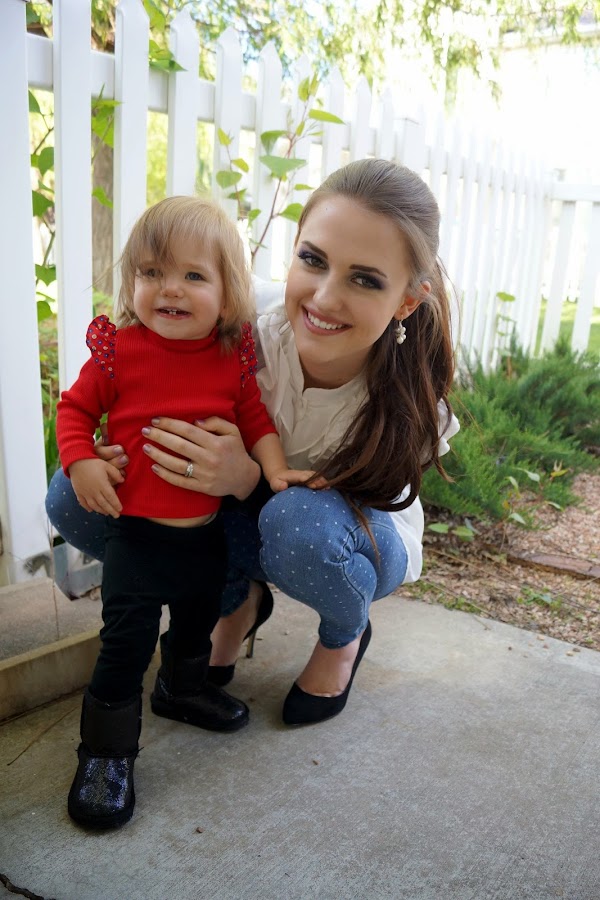 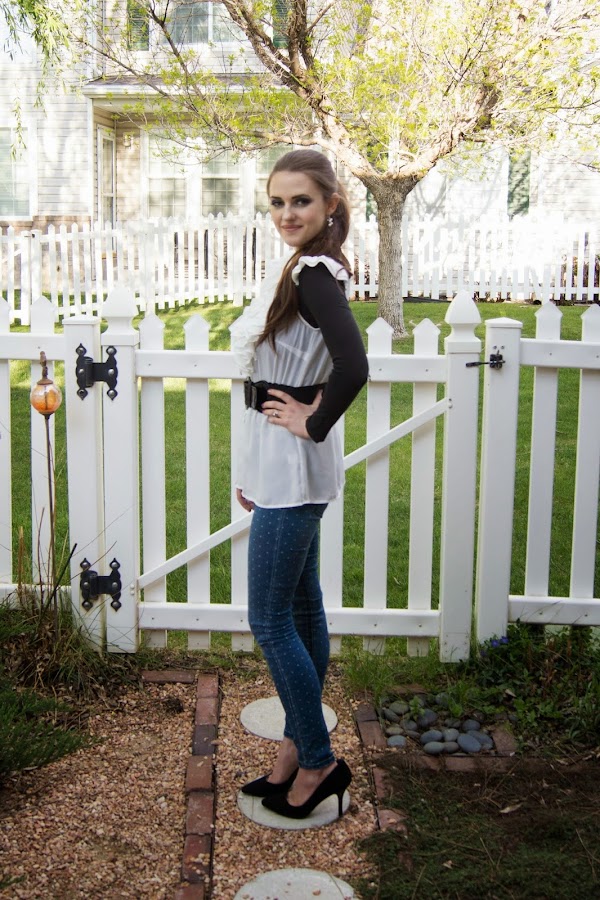 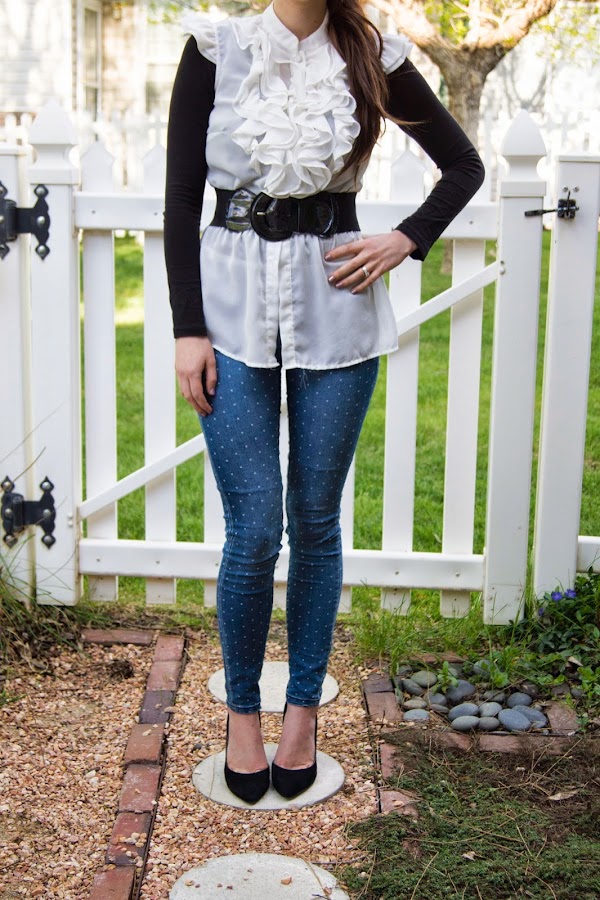 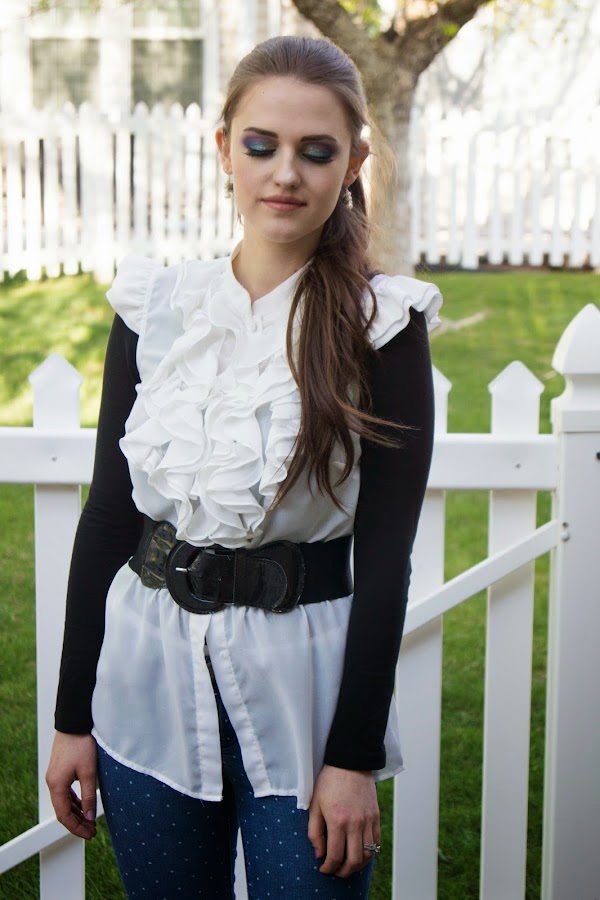 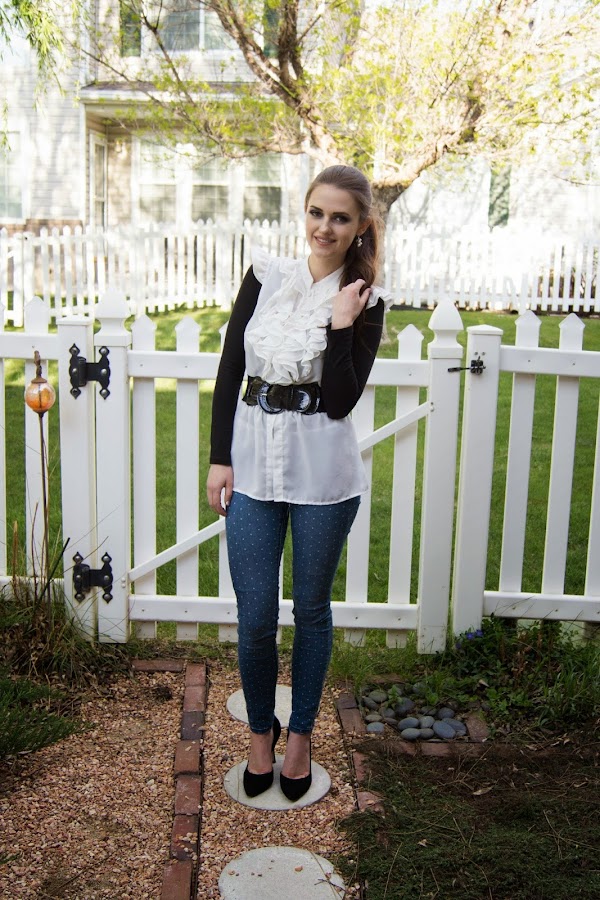 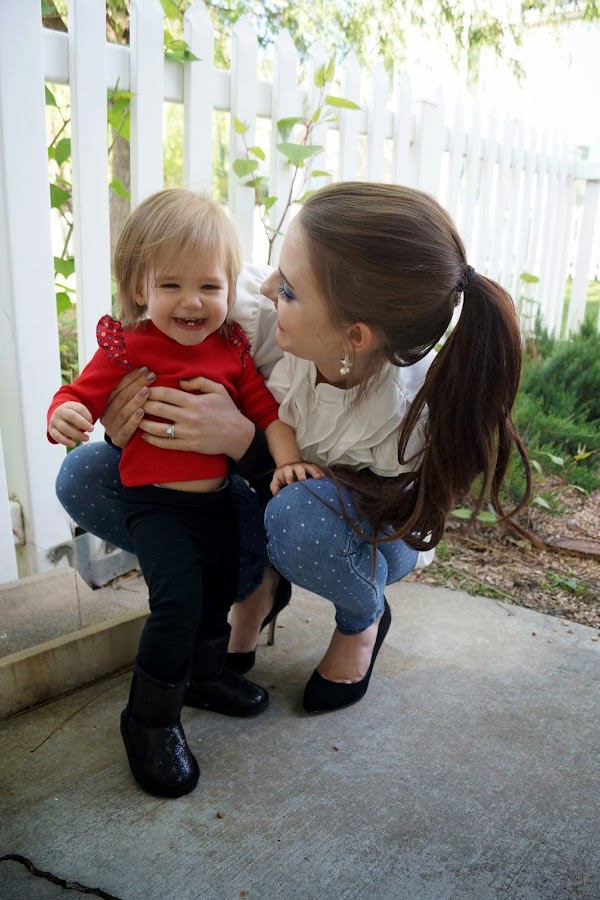 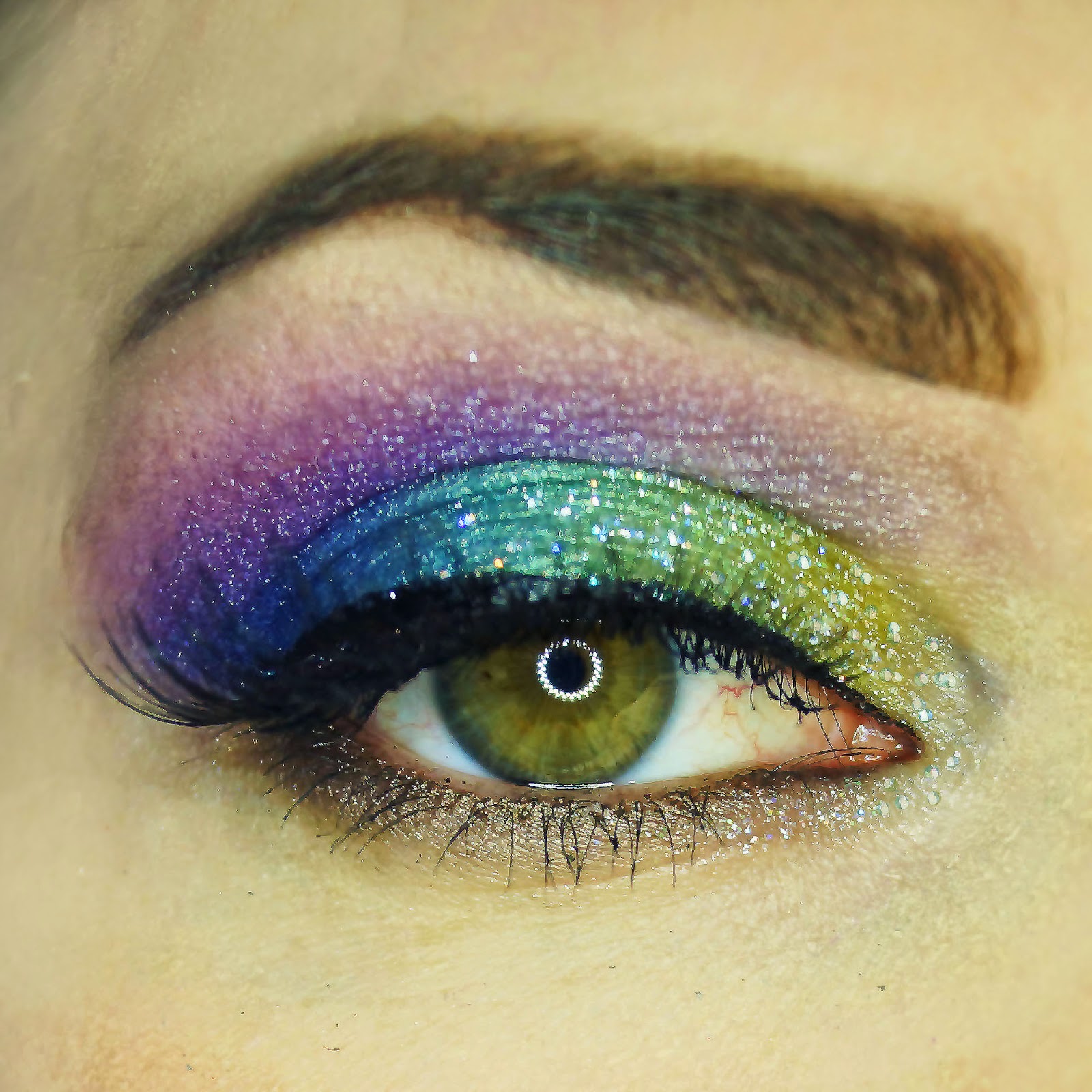 This outfit came together because I felt sorry for the white, ruffly blouse that was hanging in my closet. Day after day it watched newer, more trendy items be picked while it was only given a passing glance. Occasionally it would get pulled out, only to have it's hopes raised and subsequently dashed when it was simply tried on and then returned to the closet moments later. It would often ask, "Don't you remember all of the great times we've had together?" and I would say "Yes but I'm too lazy to work out what to wear you with. If I wear a cardigan or blazer, I cover up your cute little sleeves and you're too sheer and too short sleeved to wear alone." It's lucky day came along when Eve and I watched the Swan Princess and I realized that the blouse's sleeves reminded me of Odette's wedding dress. And so, nostalgia mixed with sympathy for the blouse's plight, made me give it another chance. Now if that story hasn't convinced you that I'm insane... I may have gone a little crazy with the makeup yesterday. I wore the most colorful eye shadow possible and then decided that it simply wasn't crazy enough. So I added glitter. And thus I created a look that makes everyone stare at your eyes with a slightly amused expression. I can endure the stares though because I know they're because the makeup is unusual, not because it isn't pretty... at least that's what I tell myself.