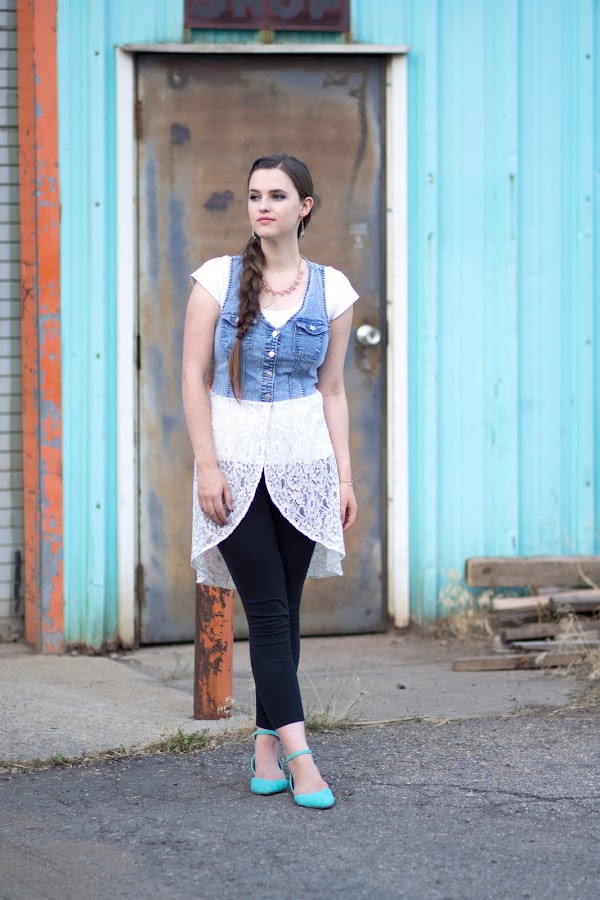 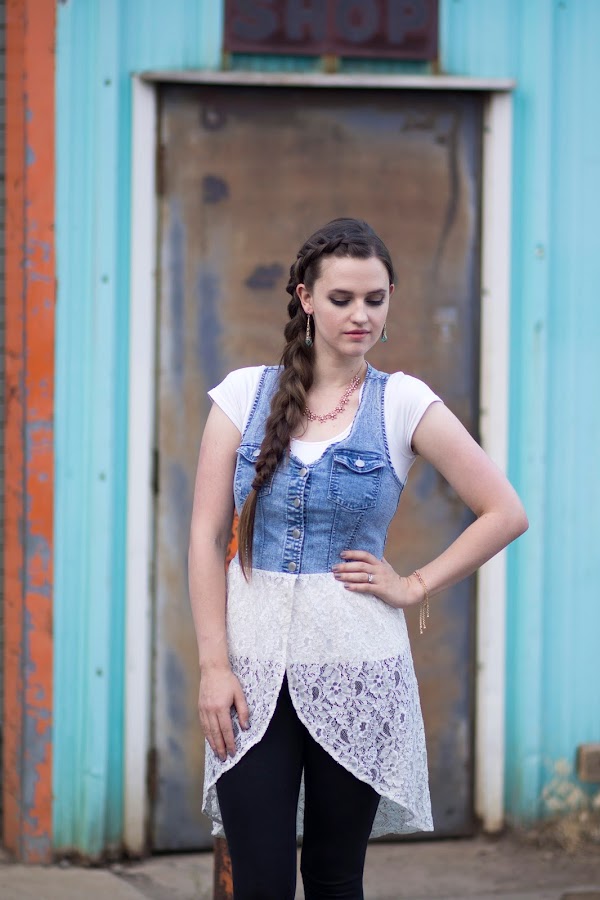 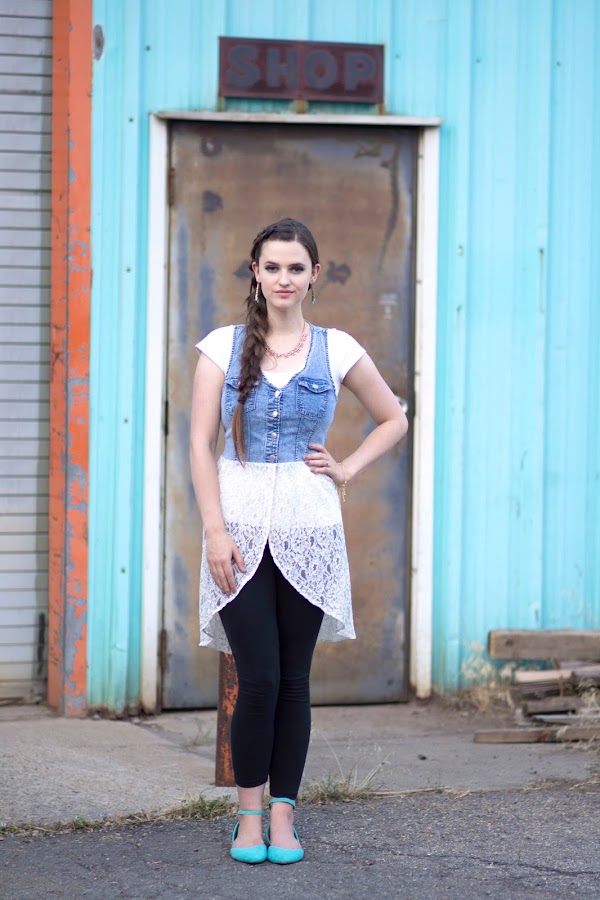 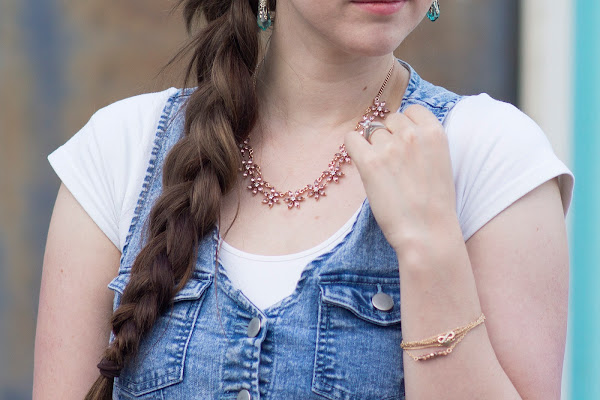 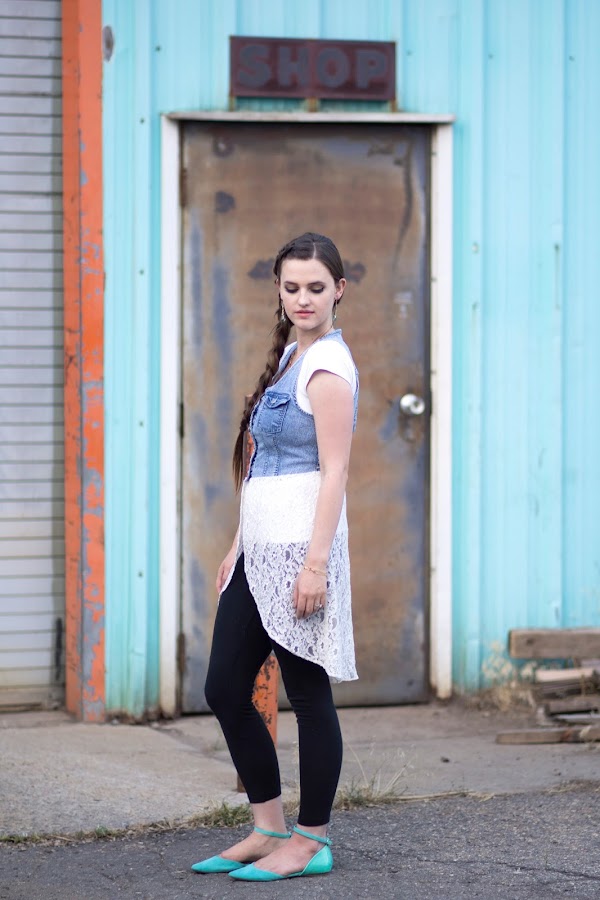 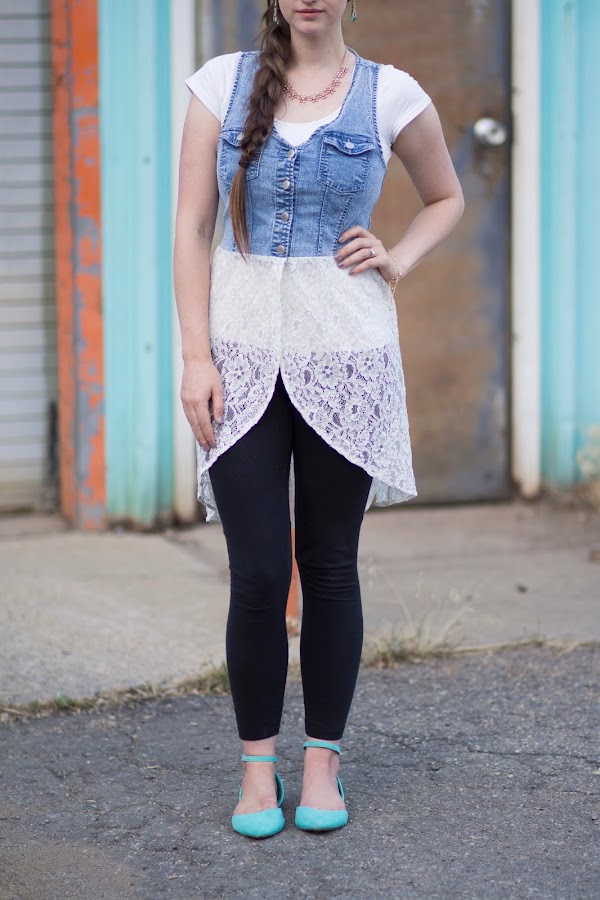 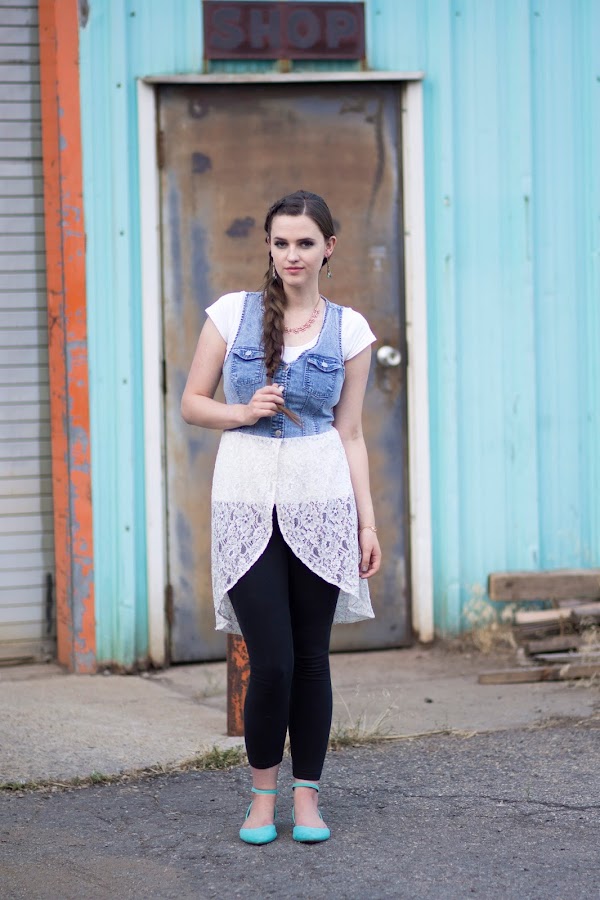 
I wore this outfit to Eve's dance class last week. I didn't realize how much I would have to move around in that class- squatting, lying on the floor, high kicking. It was a bit of a workout. So I was glad I wore something that wasn't too restrictive. I love the lace portion of this vest. Especially because you can wear leggings with it and still be covered up. The "leggings are not pants" police won't be writing you up for this one.

Lily had her four month doctor's visit last week. Everything went well- she is staying on her growth curve for weight (30th percentile) and is getting pretty tall (85th percentile.) I don't know where this height comes from. I was always the shortest girl in my class until I was about 15. Eve is in the 70th percentile for height, so she's no shorty either. As expected. Lily needed to get a couple of vaccinations. Eve was with me and watched her get them. She was a little concerned about her little sister but she wasn't too upset by it. On the way back to the car, Eve said to me, "Mommy, I'm nervous." I asked her what she was nervous about and she told me, "Getting a shot." I told her she didn't have to get a shot for a while, and that when she did it wouldn't be too bad. It would hurt a little but not for very long. Then she said "Okay. I will close my eyes and think of something happy." I asked her what she would think about and she said, "Driving in the car... or going to the beach." It was a surprisingly mature conversation to have with a two-year-old. Once again, I have Daniel Tiger and the episode about going to the doctor to thank for this. Oh, Daniel Tiger, what would I do without you? Have to deal with a lot more tantrums and potty accidents probably.


Deals of the Day
Here are a few more of my picks from the Nordstrom sale! I really should just get one of these things but it's so hard to choose!

Which would you pick?


Linking up with: WIWW, What I Wore, What I Wore Wednesday, Trendy Wednesday, Wednesday Pants, Look What I Got, WIWT, Labour of Fashion,
Labels: Clothing Fashion Outfits Style