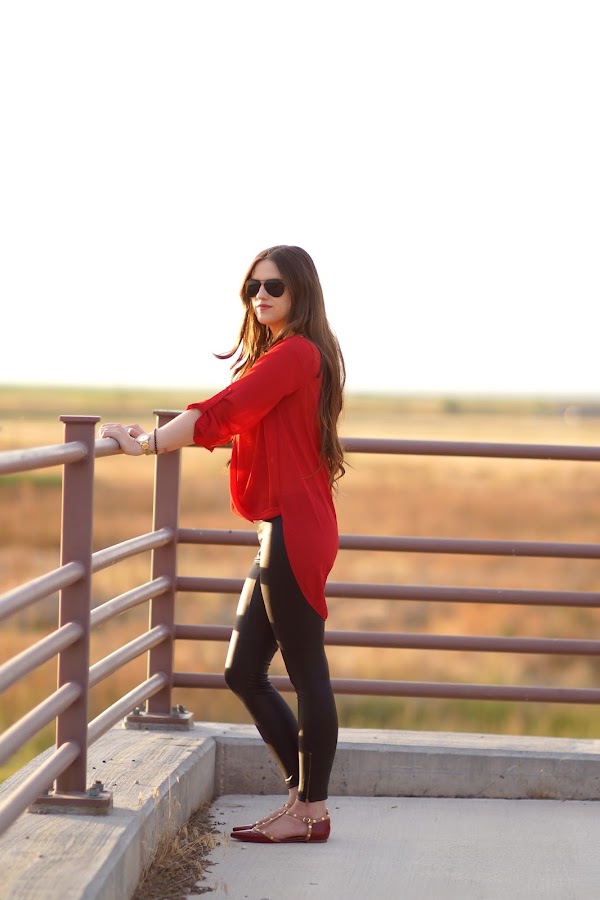 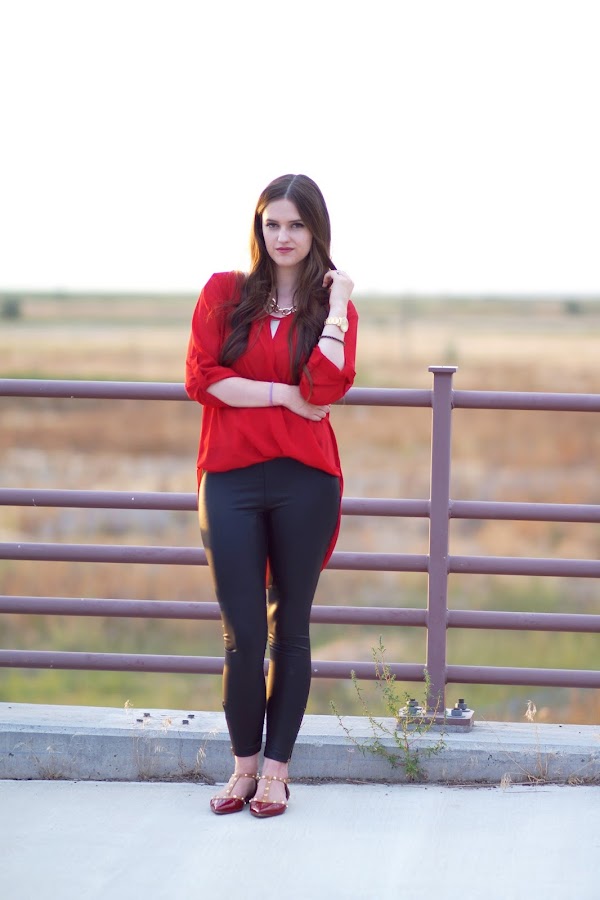 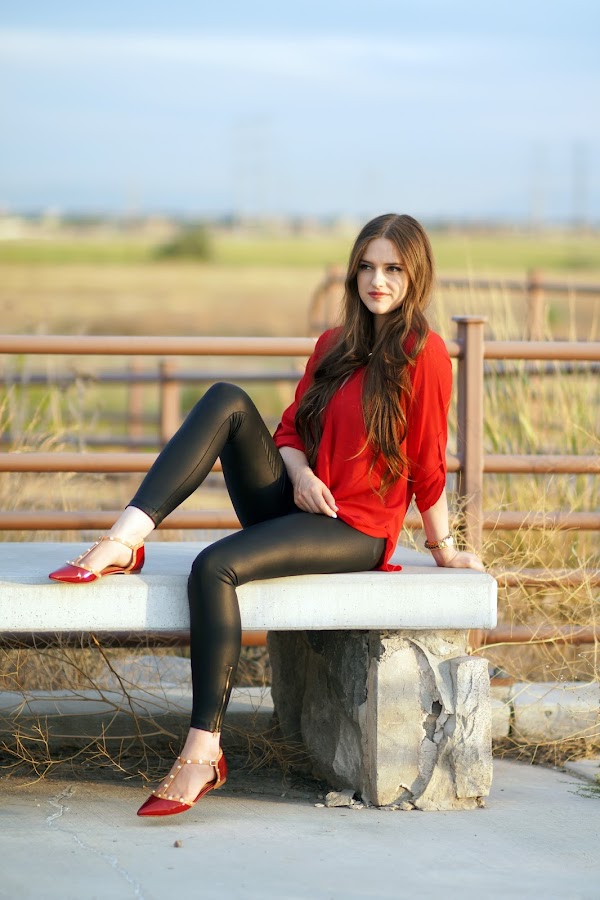 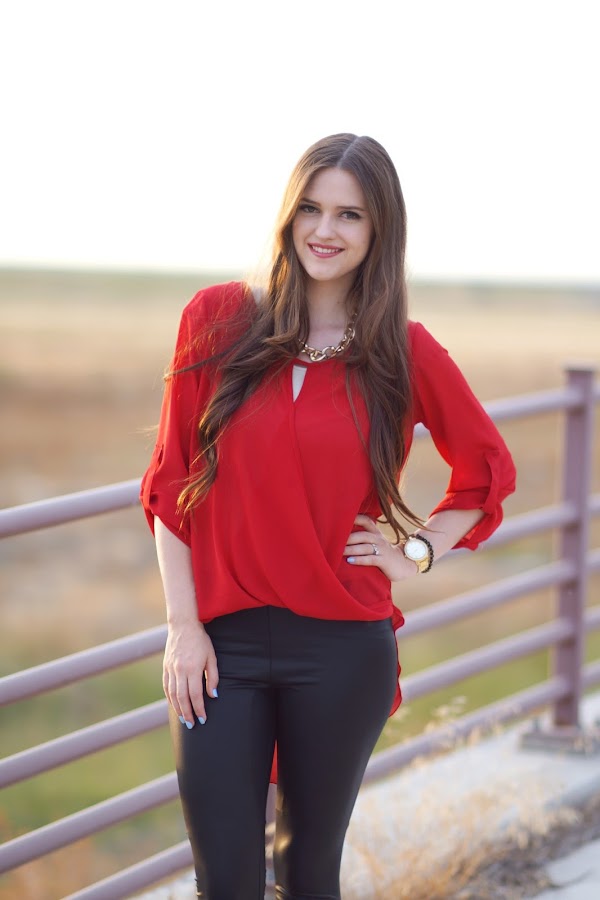 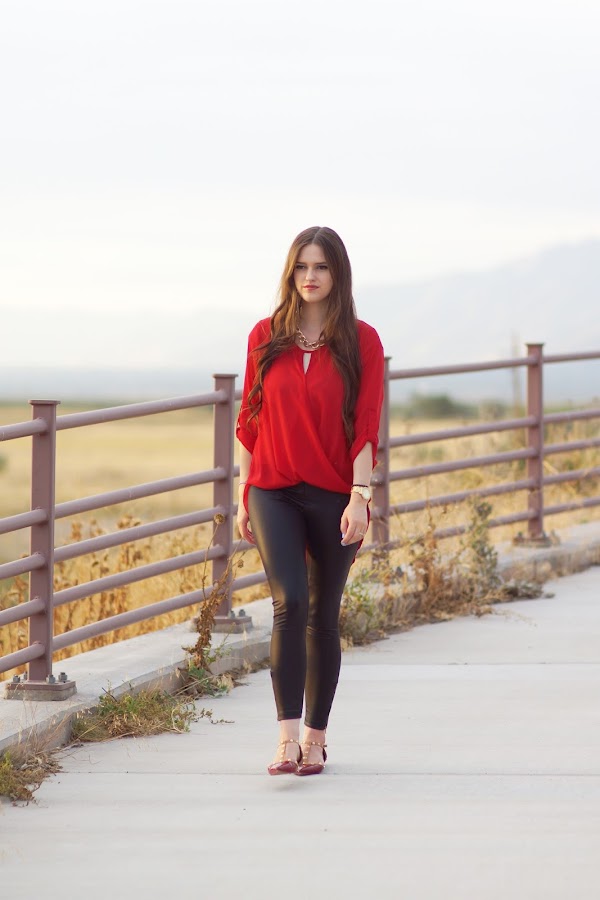 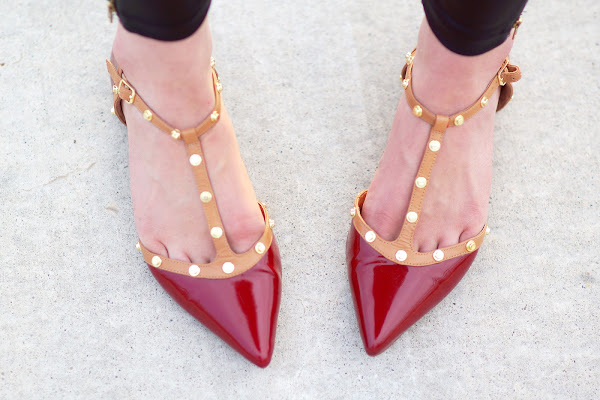 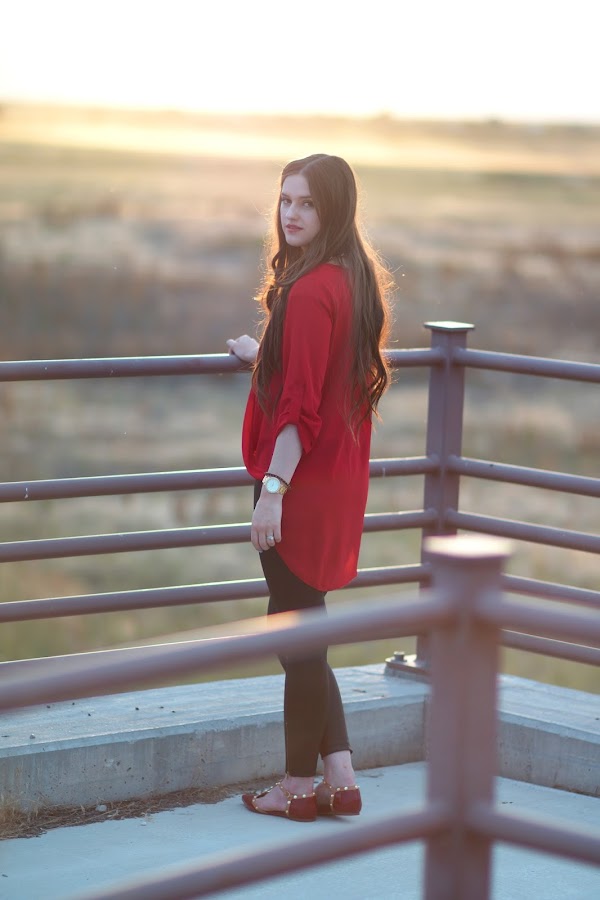 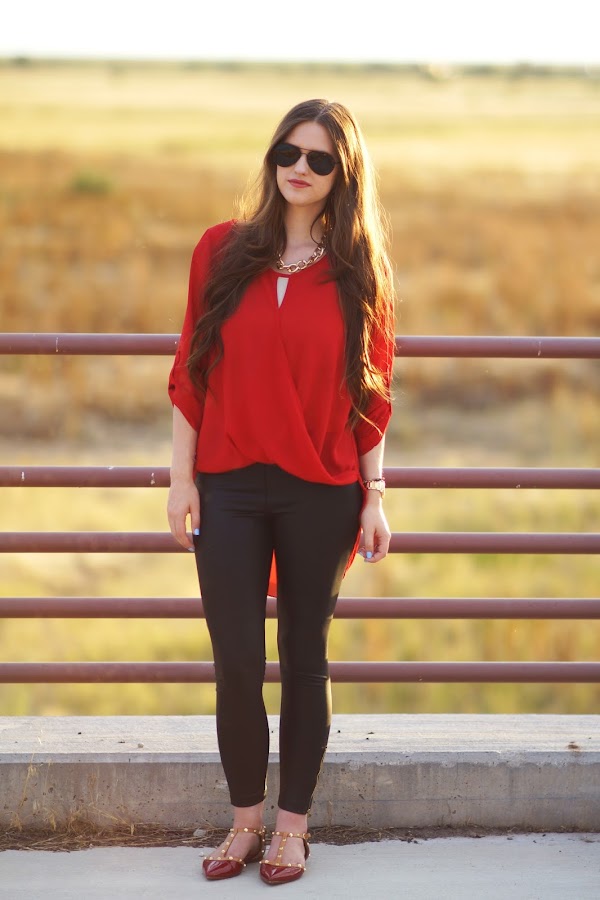 
Earlier in the day, I wore this top and shoes with a skirt instead of leggings as we were guests at a wedding. I figured faux leather leggings wouldn't really fit the dress code. While we were there, Lily kept staring and smiling at one of John's friends. As we were getting in the car to leave, I joked that it was like she had been flirting with him. Eve had done the same thing with a different one of John's friends at her first birthday party. That friend is getting married next week. I told Eve that her crush was getting married and she exclaimed, "Not again!" It was absolutely hilarious. Only two years old and she's already dealing with love and loss.

I used to think that I would never use twitter. I have a twitter account but I only used it to enter giveaways. I thought it was just filled with unnecessary updates about peoples lives. I assumed everyone just wrote, "Had orange juice for breakfast. It was delicious." Or even worse, vague statuses that offer little information but beg for attention, "Some people can be so mean" or "How am I supposed to deal with this?" Or worst of all, endless selfies of Kim Kardashian. However, I'm putting my cynicism aside and giving it another chance. I'm pretty sure some people are capable of writing more interesting things. Entertaining things even.

Anyway, my point is that I've given in and am going to use twitter. But I have absolutely no clue what I'm doing. Do you have any tips? I feel like a 900-year-old grandma learning to text. My first tweet very well may be "ajfeijffkn."

Let's follow each other! My handle is @sierraoblad. Feel free to leave your handle in the comments if you'd like me to follow you! Don't worry, I'm not really as critical as I sound in the paragraph above. You can write about orange juice all you like :)