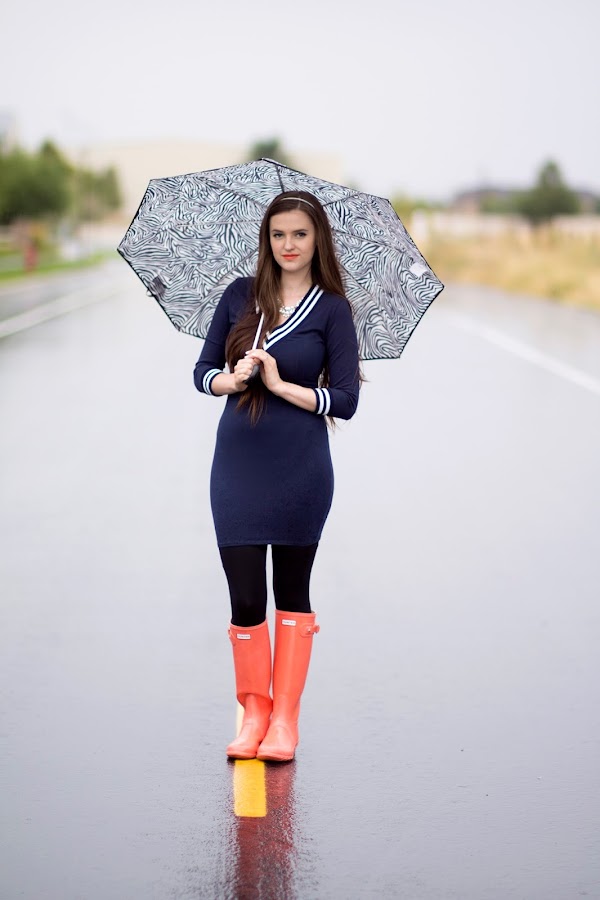 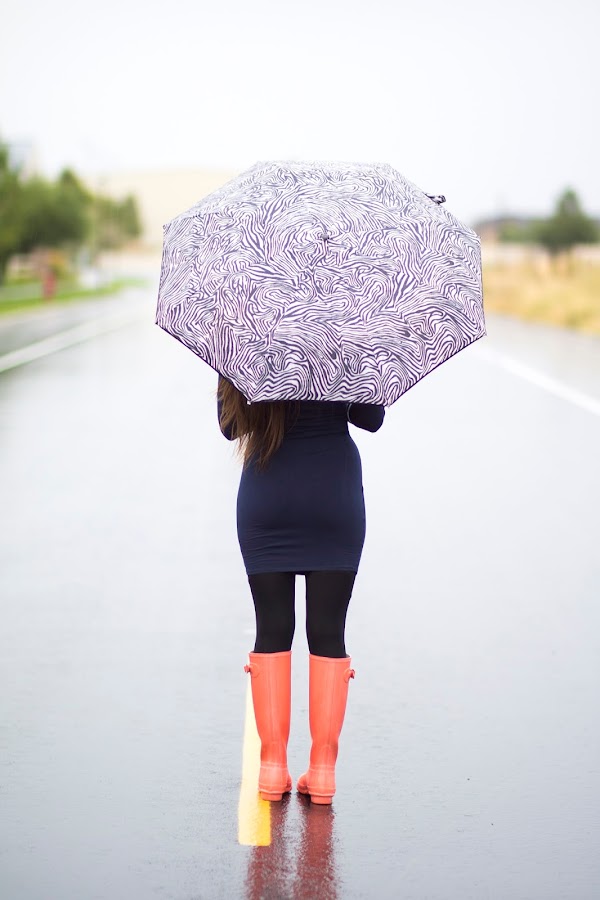 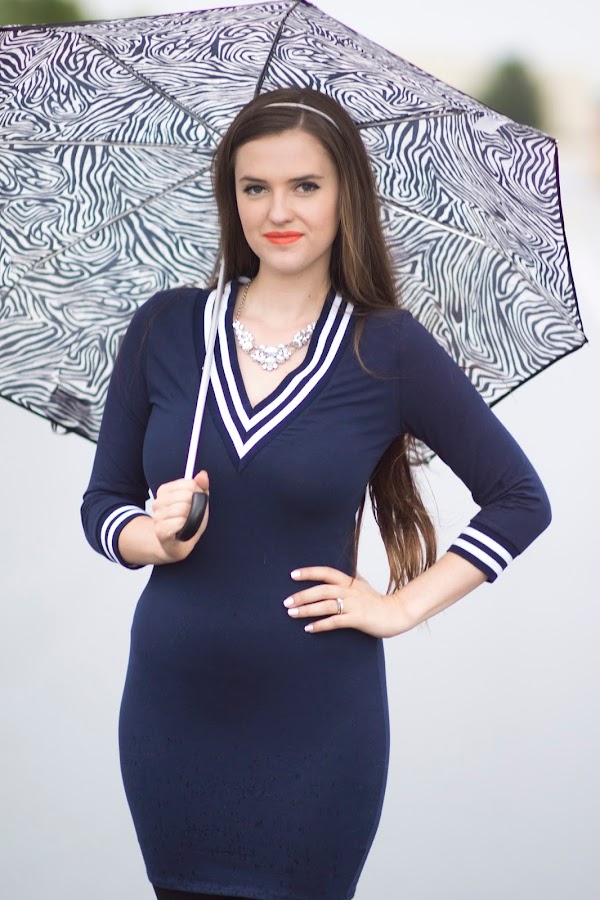 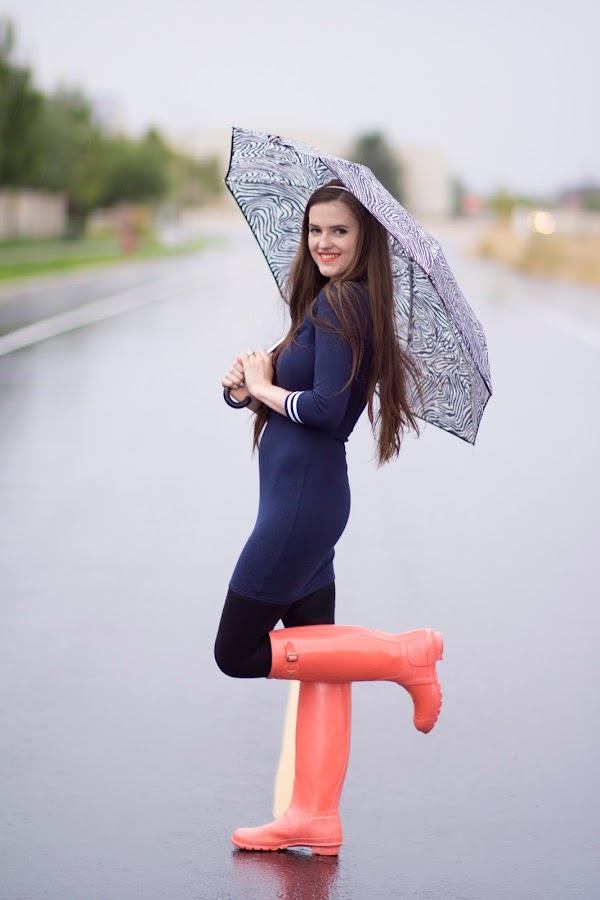 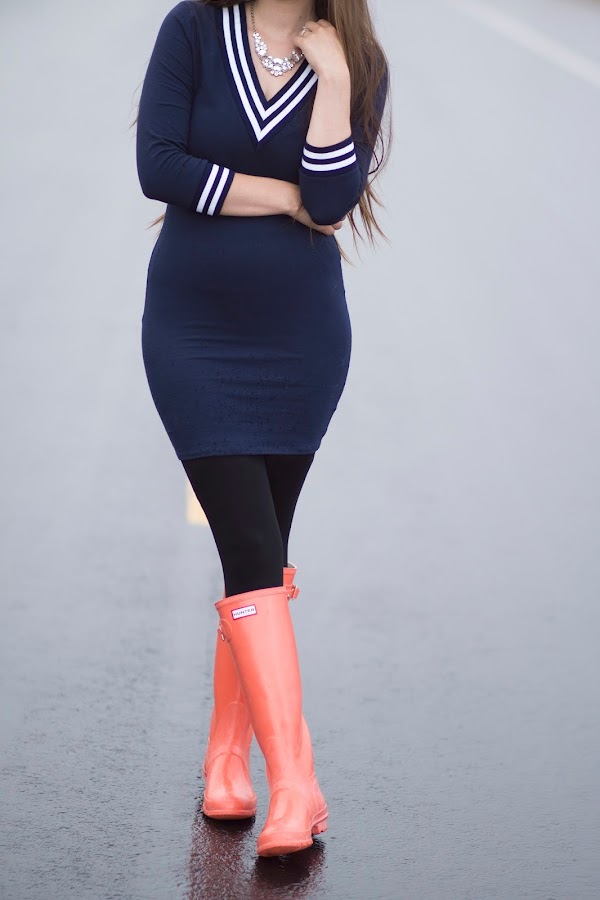 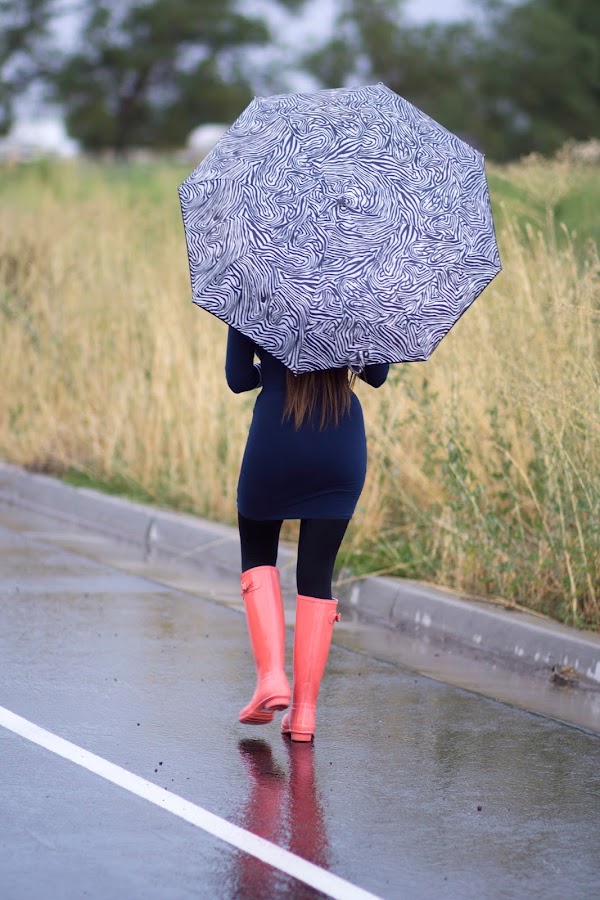 
How much do you think this dress cost? $20? $50? One million dollars? (Said with pinky finger placed at corner of mouth.) Actually it was a shocking $3 on clearance. I'd been looking for a way to incorporate more of the athletic trend into my wardrobe. I've tried wearing sneakers in non-exercise settings, as in this post here, but I wanted something else. That's why I bought this dress, despite the HUGE price tag. I love that the dress has a slightly sporty feel, but not so much that people might think that I just left my tennis dress on after playing a game.

Eve is getting to a really fun age. Not that she hasn't always been fun... it's just a different kind of fun. Her imagination is getting pretty impressive. She loves to hold books or anything that even slightly resembles a book and pretend to read it. The stories she comes up with are adorable. Here's an example from a couple of days ago:
"Once upon a time, there was a mean Pete. Scary Pete. A ghost attacked him. Pete trapped the ghost. The end."
See, she's already writing literary masterpieces at two-and-a-half. I believe her "Pete" character was inspired by Pete, the bad guy from Mickey Mouse.

Not only is she a budding author but she's also an up-and-coming comedienne. After Eve told her story, John told Eve a knock-knock joke and asked her if she could tell him a joke. She replied, "The ghost attacked Pete again. That's funny!" And that broke out in a fit of hysterical giggles. Comedy gold, right there. 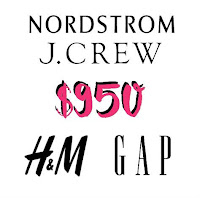 One last, thing: I've teamed up with some other awesome bloggers and stores for an amazing giveaway! You can win $200 to Nordstrom, $200 to J,Crew, $200 to Gap, $200 to H&M and $150 cash! Just head over to my instagram (@sierraelizabethblog) and look for the picture above!


Linking up with: WIWW, What I Wore, What I Wore Wednesday, Trendy Wednesday, Color and Grace, The Wednesday Pants, Look What I Got, WIWT, Throwback Thursday, Labour of Fashion, Thursday Fashion Files
Labels: Clothing Fashion Outfits Style