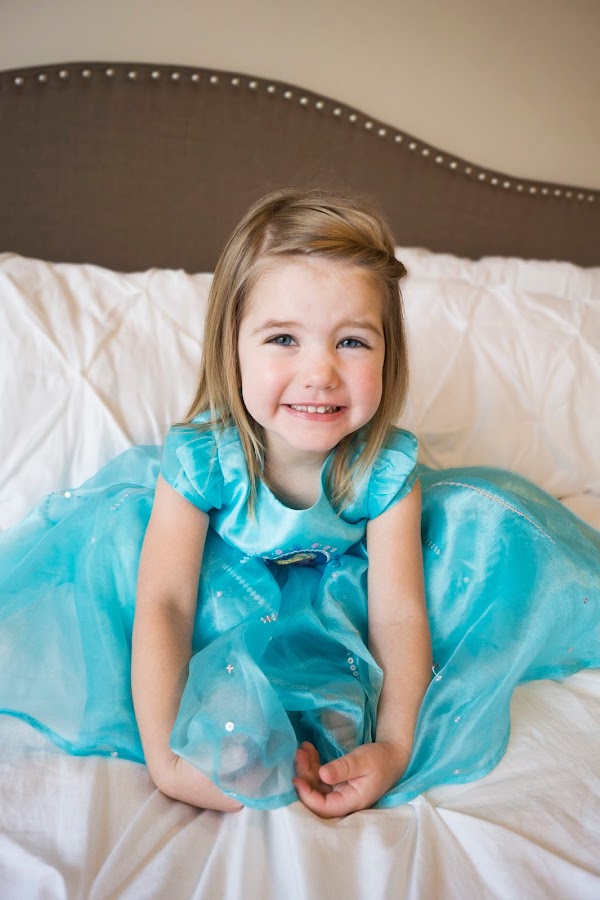 Our sweet Eve turned three on Friday! When I asked her a few months ago about the kind of party that she would like, she instantly replied, "A Frozen party!" I wasn't at all surprised given her Anna and Elsa obsession. We have the soundtrack in our car and every time I try to play any other kind of music in their, she says "No, play Frozen." She was Elsa for Halloween and wears her costume around the house on a regular basis. 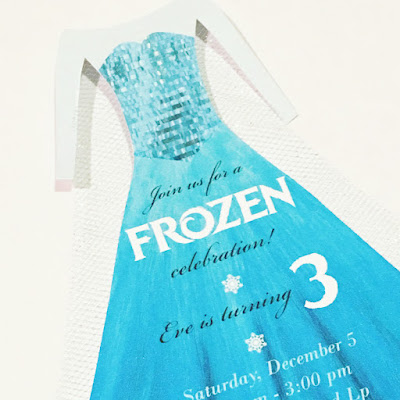 I designed these invitations on the computer, printed them onto cardstock, then attached a piece of blue tulle to the back for a cape.

We had the party the day after Eve's birthday. We invited some family and a few little friends. This is the first party I've planned with activities for the kids. The whole thing was a lot of work! I always make everything myself to cut costs so there were many late nights involved with this party prep. My husband may have said, "We're never having another party." But he knows that's just not going to happen ha!

My in-laws were kind enough to let us have the party at their house, and it was too hard to transport and set up a lot of things on the day of the party. Other than that, the party went really well! 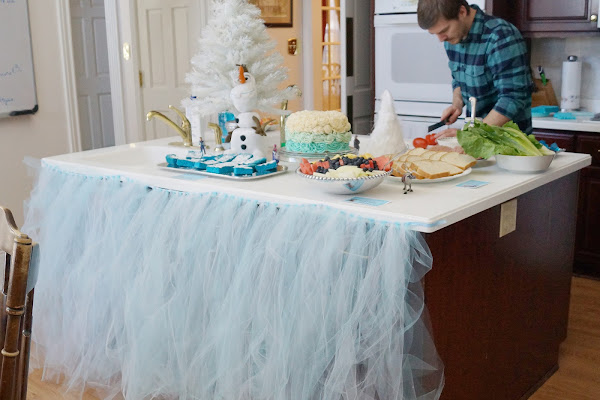 I made this tulle table skirt for only one side of the island so that everyone would be able to easily move around in the kitchen. 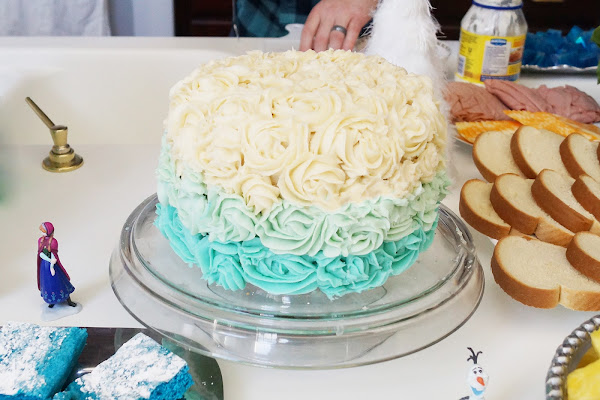 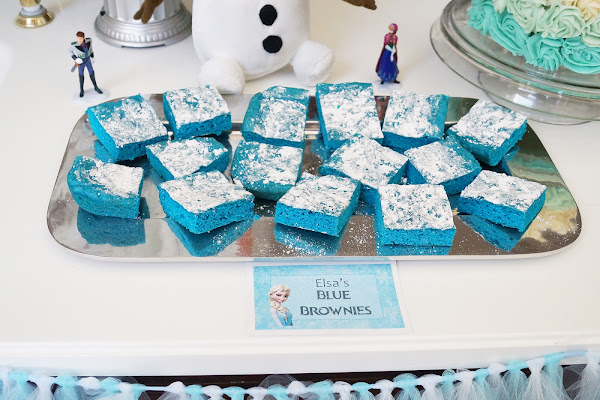 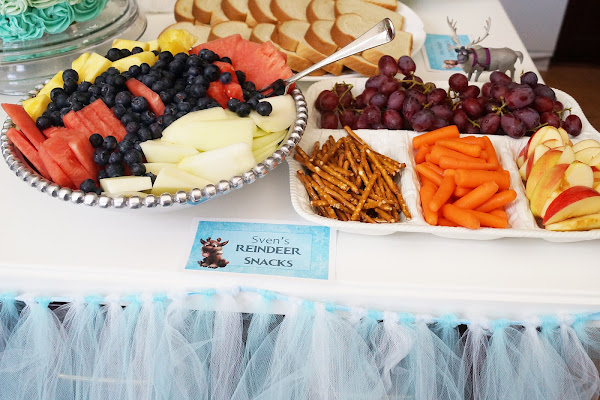 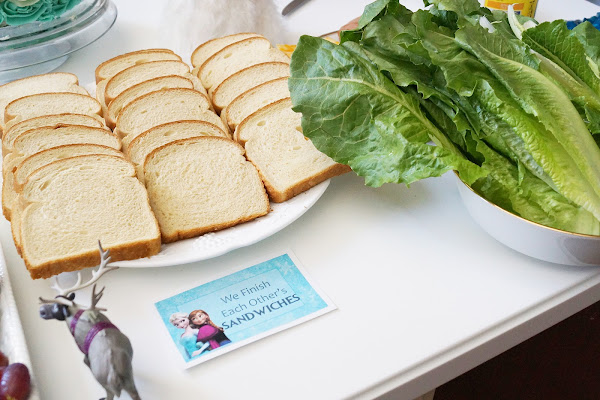 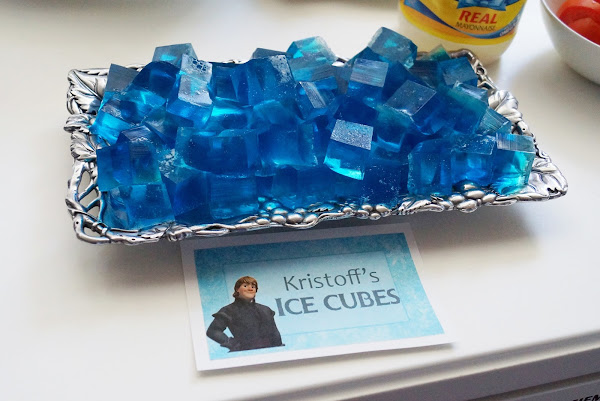 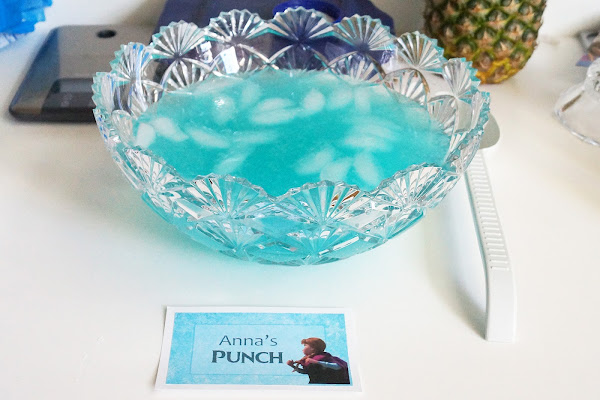 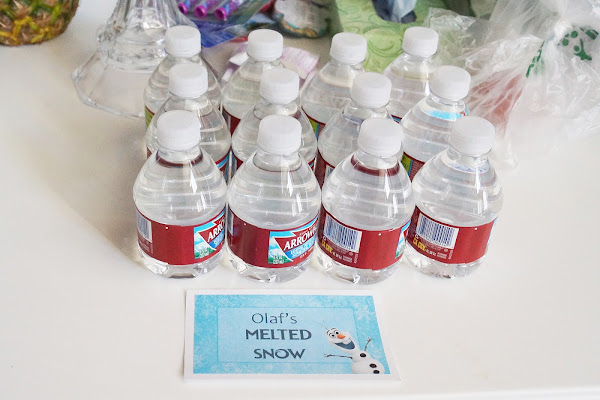 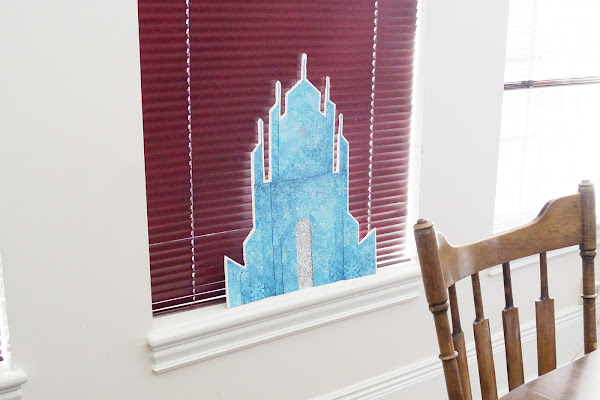 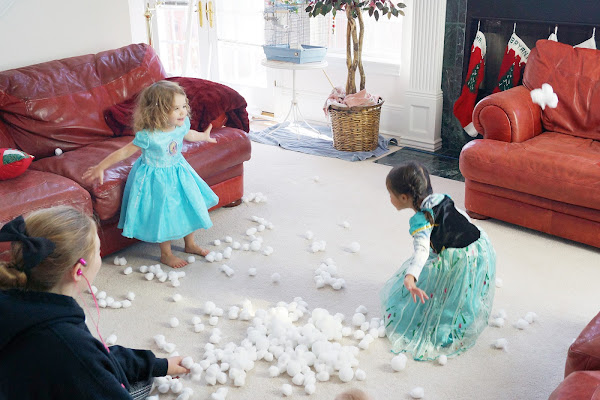 While we waited for everyone to arrive, the girls had a "snowball fight" with styrofoam balls and cotton balls. Actually, fight is the wrong word. The mainly threw the cotton and styrofoam up in the air and said, "It's snowing!" 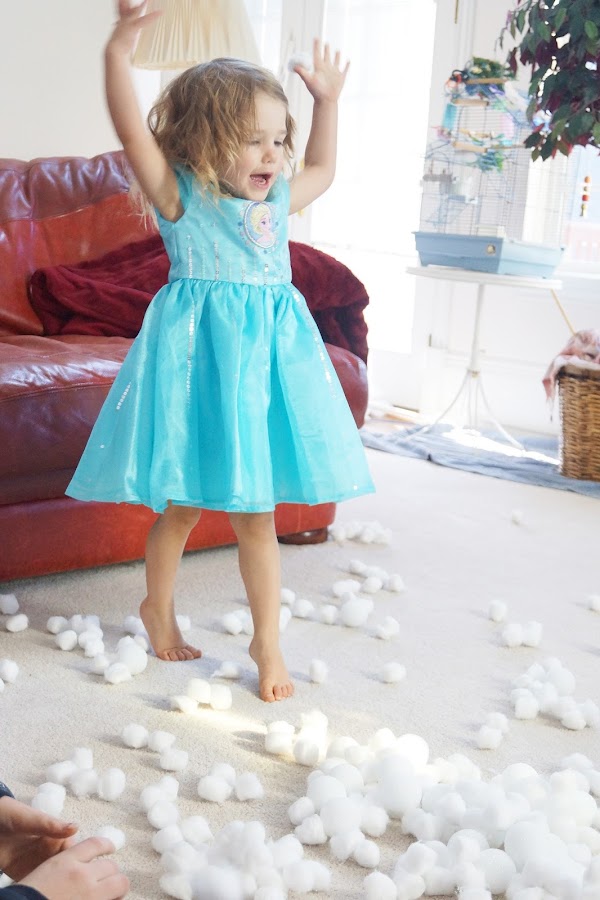 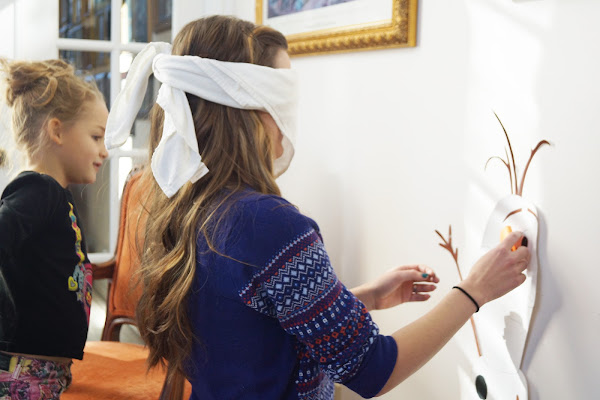 Our next activity was pin the nose on Olaf. I made Olaf out of white cardstock and his noses out of orange foam. The girls loved this one and even a few adults had a turn (including me!) 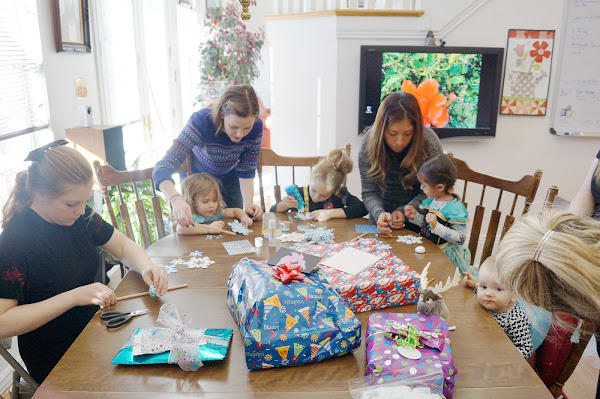 Next we made snowflake wands. We used foam snowflakes, sequins, adhesive crystals, and glitter glue. We covered wooden dowels with shiny washy tape and glued ribbons to the dowel as well. 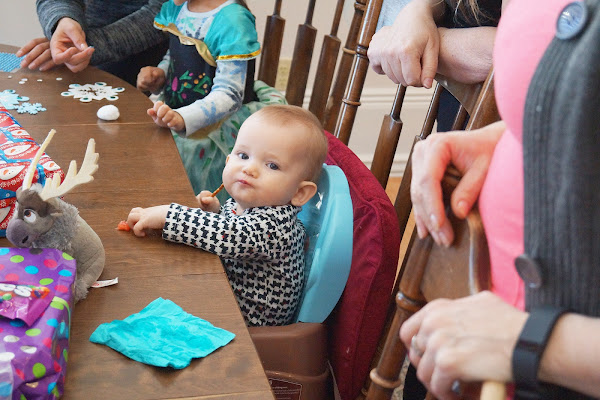 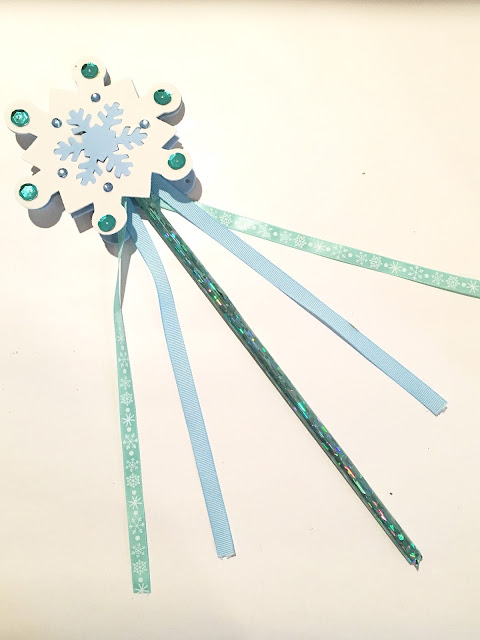 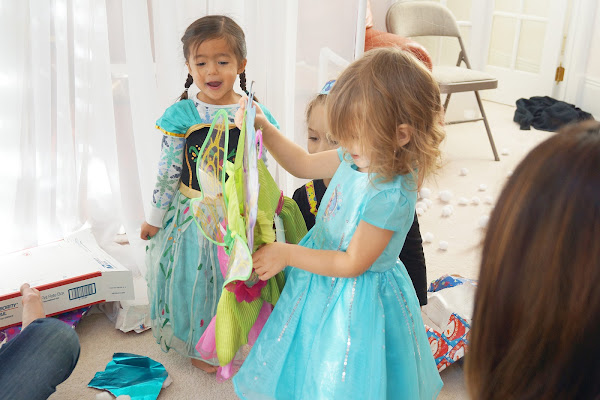 Next we opened presents. Eve got some cute costumes and a bunch of other Disney stuff. She loved it all! 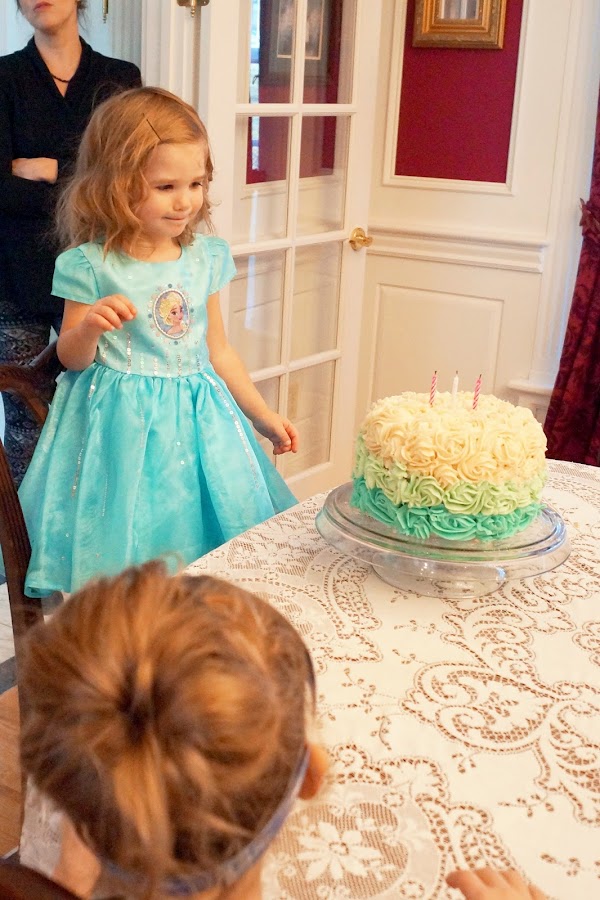 Next we sand Happy Birthday and ate cake! That cake was a lottttttttttt of work so I was glad it looked pretty great and tasted great too! 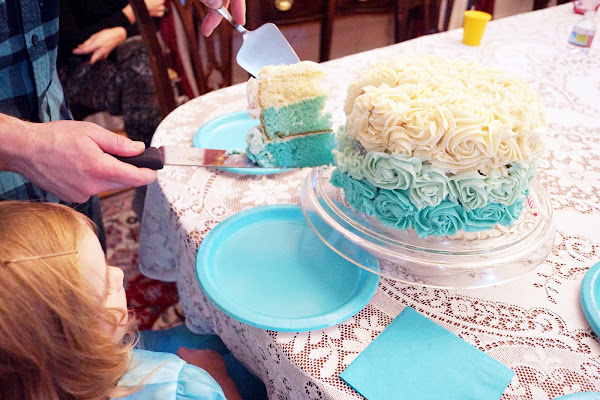 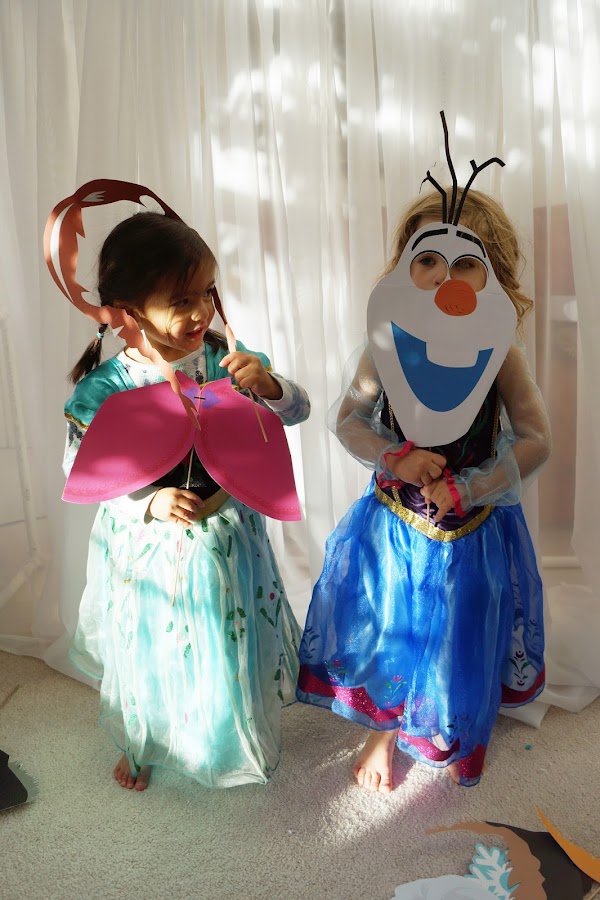 We wrapped everything up with some Frozen photo booth props! I purchased the pdfs for these from an etsy store. 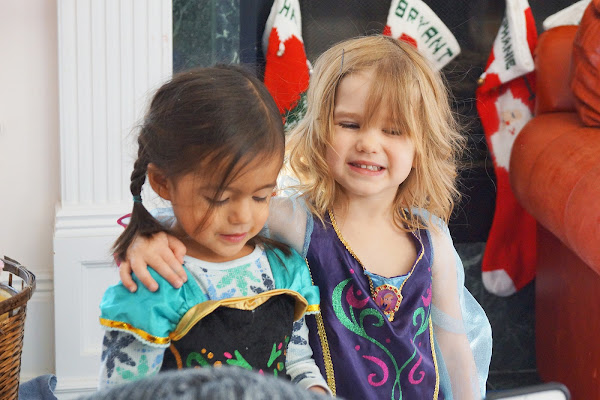 Eve and the girls seemed to have a great time so I would call this party a success!
Labels: Eve Party