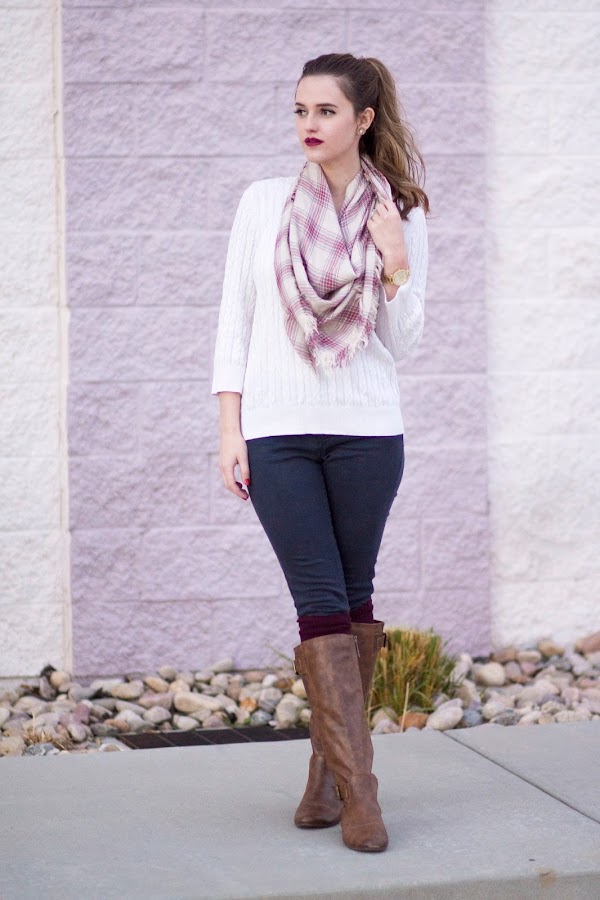 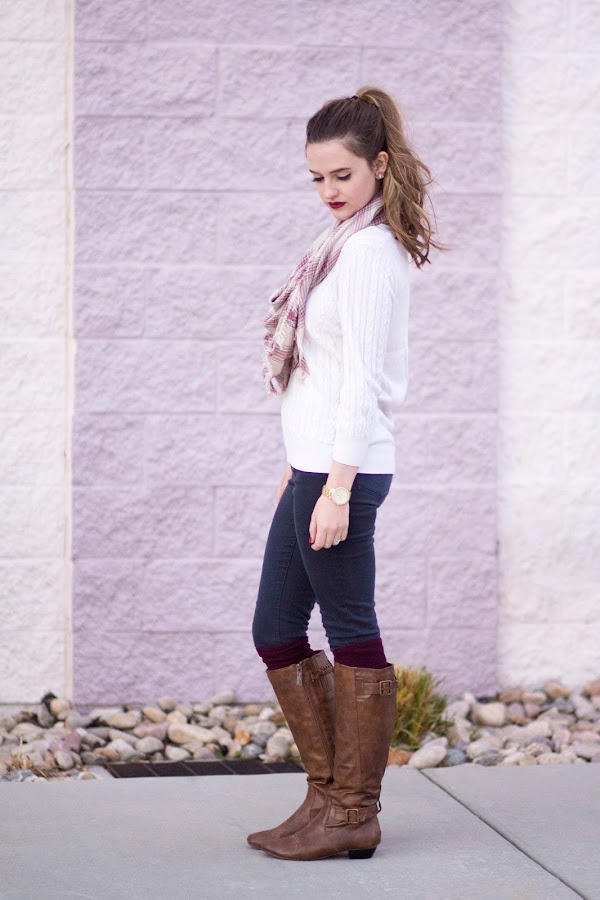 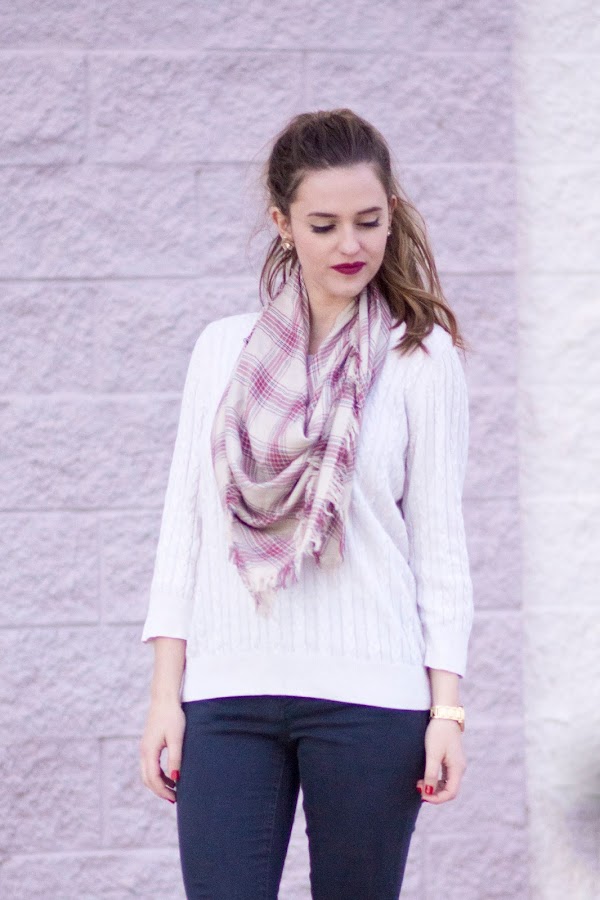 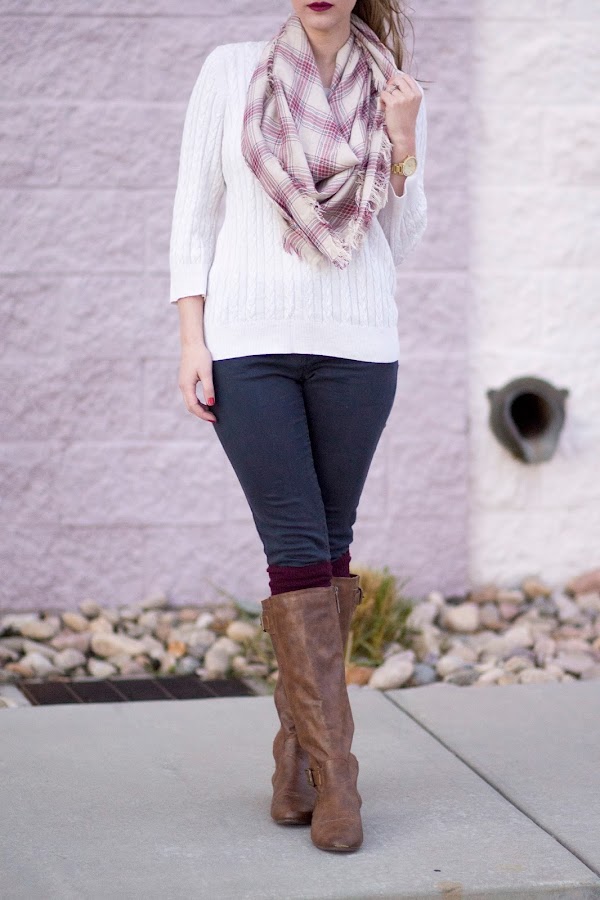 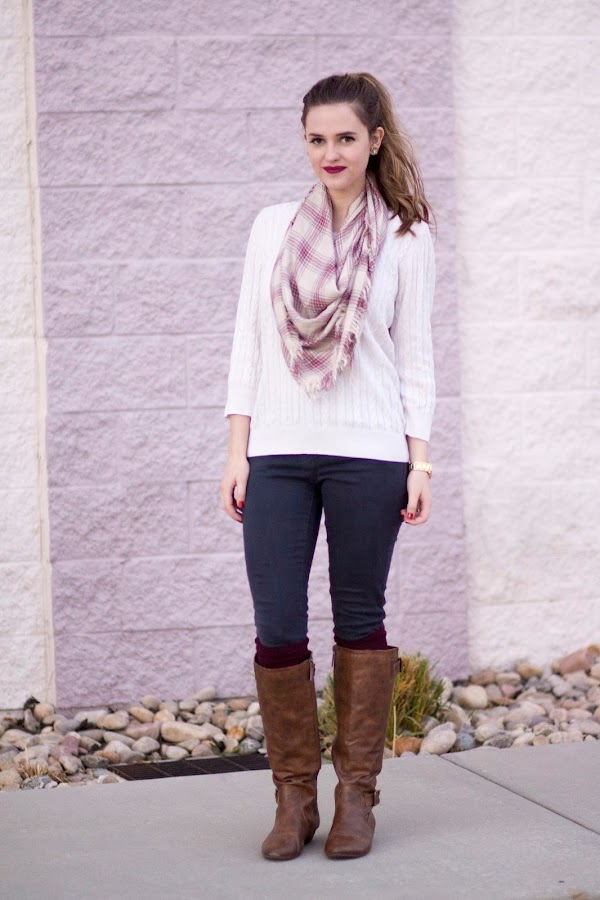 I'd like to note that before I stepped outside, this blanket scarf was perfectly arranged. It looked large and full. But the wind, a.k.a the fashion blogger's nemesis, showing a complete disregard for my feelings, decided to rearrange my scarf to its liking. Not that it looks terrible in these pics, but it was so much more glorious before the wind had its way with it.

Despite their susceptibility to become wind blown, scarves are wondrous creations. They also have a long and colorful history. Their rather undignified origin may have been in Ancient Rome where they were used to wipe off sweaty (and probably stinky) Romans. Or it may have been in China, where they were used to signify an officer's rank. Hundreds of years later, they took the form of the cravat and were used in France to show one's political affiliation. And in Victorian England, scarves could be used to differentiate the upper, middle, and lower classes. Since then, the scarf has been a wardrobe staple. At least in places where it gets pretty chilly in winter. Maybe not so much in Hawaii...

Also, I'm pretty sure a scarf would be extremely helpful if you're ever stranded on a deserted island. You can use it to shield you from the sun, you can wear it as a top or skirt, you can use it as a sack to carry things in, you can fashion into a flag to wave at passing ships, and you could fold it up into an animal like the towels on cruise ships and make it your companion. So if you're ever playing the game "what would you bring to a deserted island," you have your answer. The good ol' versatile scarf.

And now you know way more about scarves than you ever needed or wanted to know. You are super welcome ;)