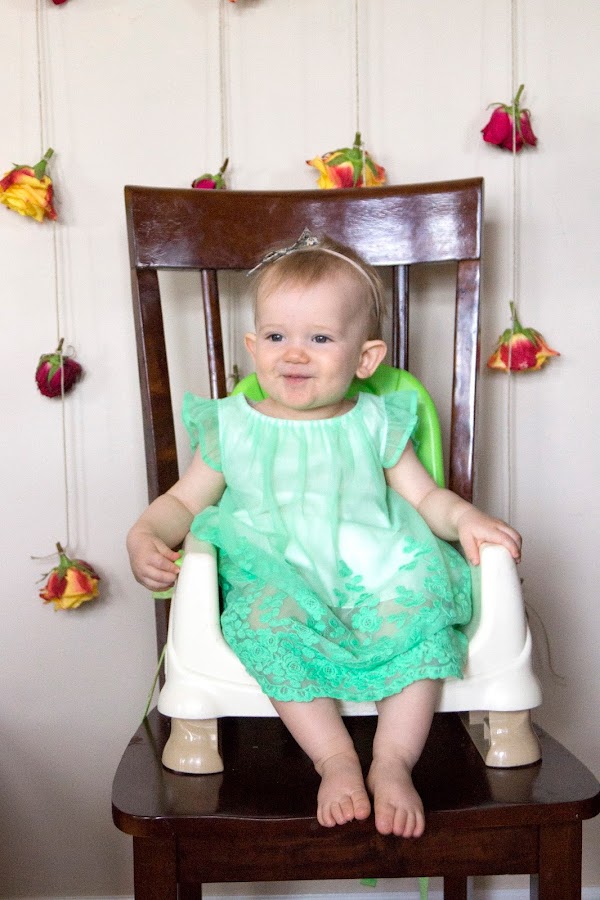 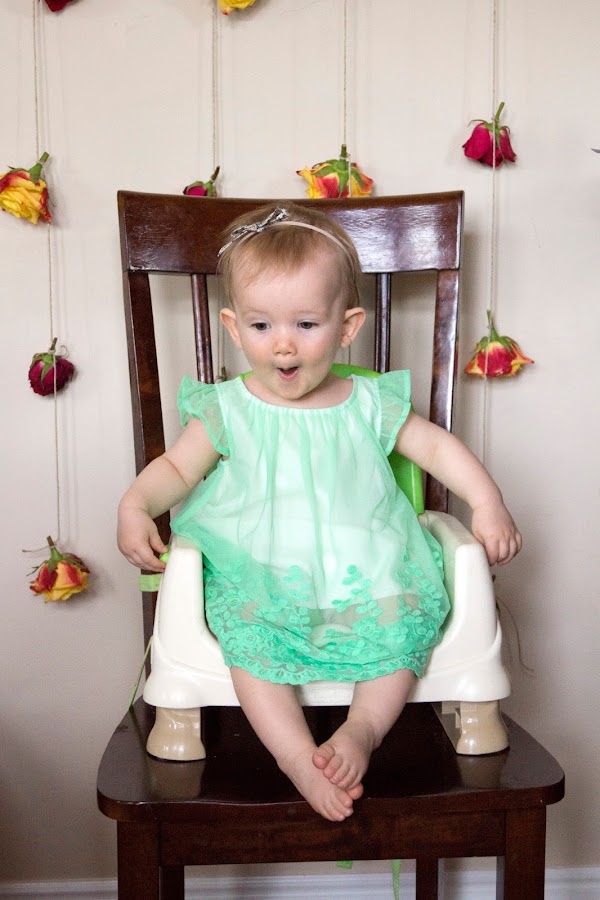 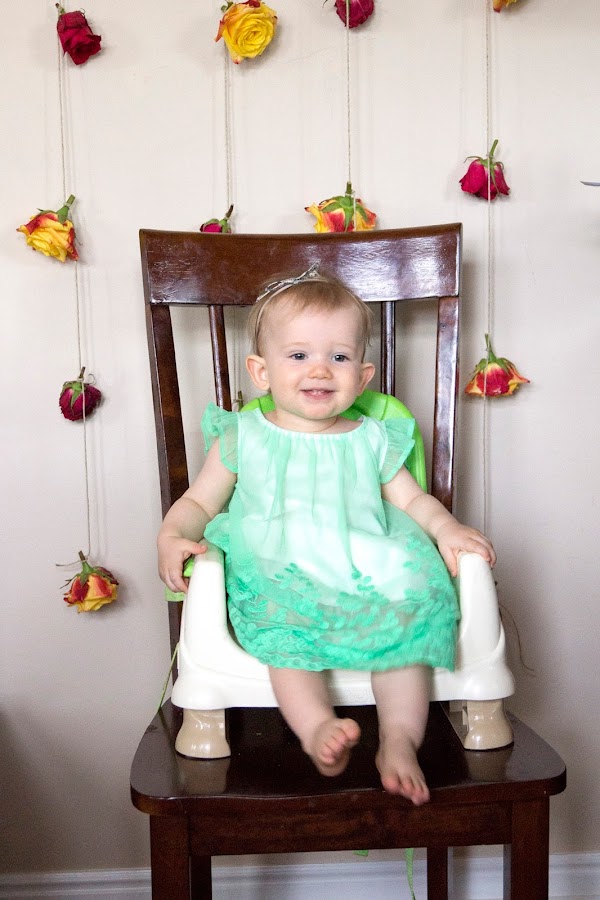 On Saturday we had a little party to celebrate Lily's first birthday! I tried to scale things back since it was mainly just going to be a family get together but I still wanted it to be cute. The party was after lunch so I just made some light sandwiches, cookies, and cake. I also made a pink mocktail punch but forgot to take a picture of it. 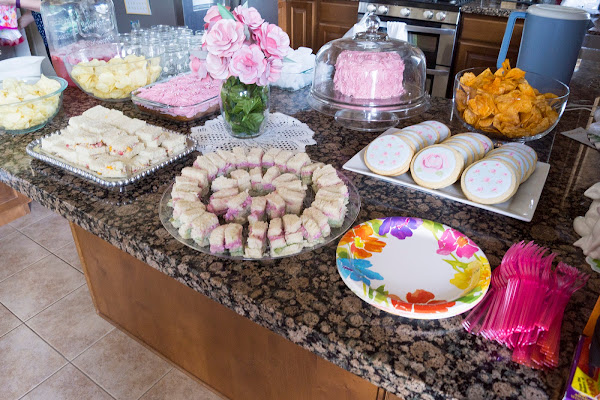 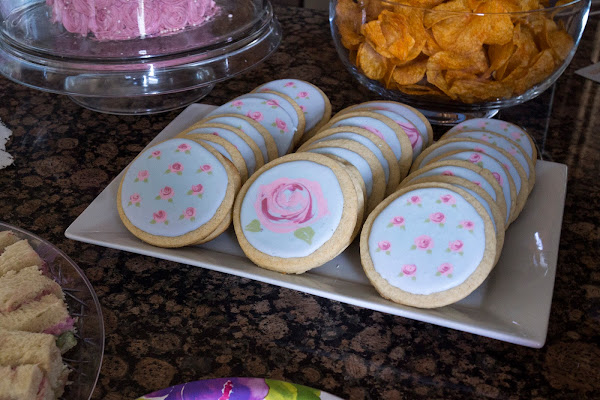 I've been working on my cookie decorating skills lately. I love how these turned out! They were orange vanilla spice cookies with royal icing. 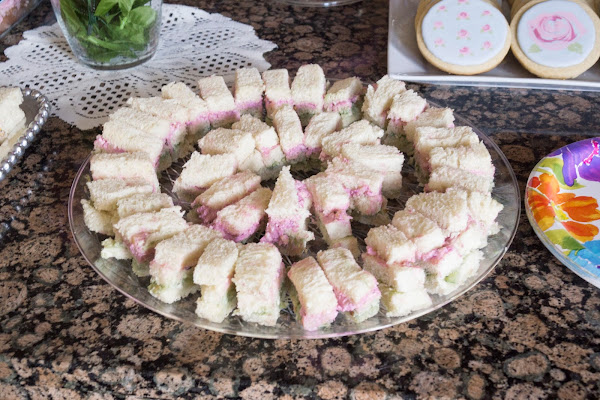 These ribbon sandwiches were filled with cream cheese, pineapple, and pecans that was colored with pink and green food coloring. 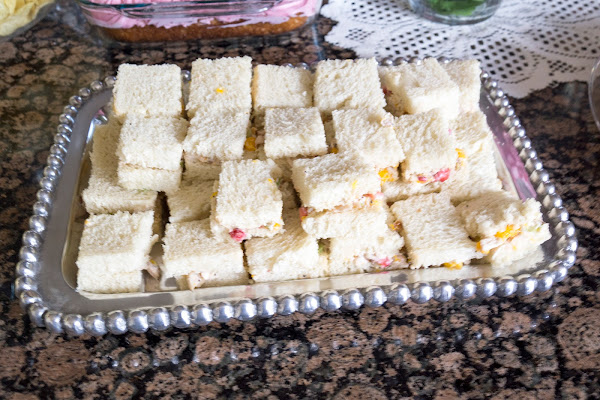 These were strawberry chicken salad sandwiches. So delicious! 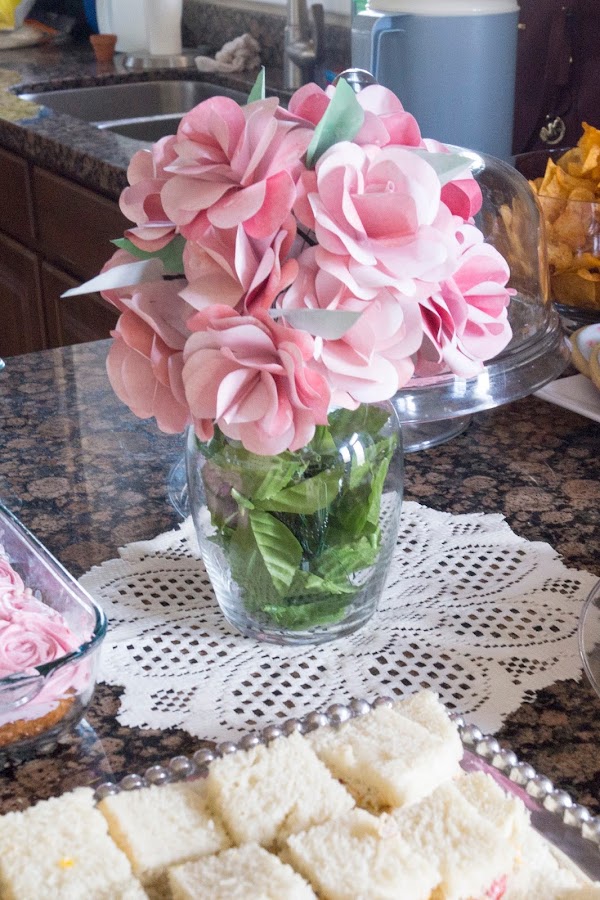 I spent a few days before the party slowly making these paper roses. I think they may become a permanent addition to my home decor! 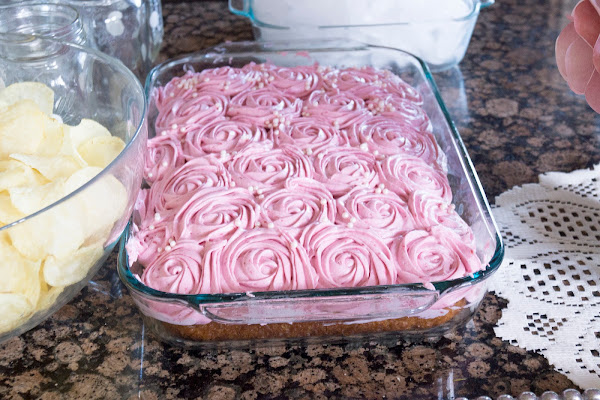 I made two cakes- a smaller one for Lily and a 13x9 for everyone else. In the end we also split up the smaller one and gave it to guests after Lily had her piece of it. They were both vanilla cakes with raspberry white chocolate frosting. I piped it into rosettes and then added a few edible pearls. 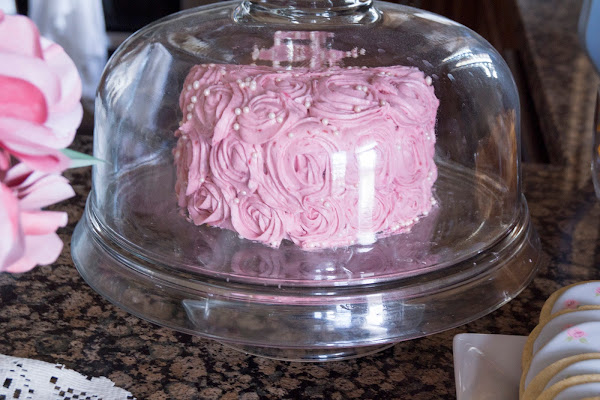 This was a softer frosting so it didn't hold it's shape on the sides of the cake very well. Still yummy though and that's what really matters. 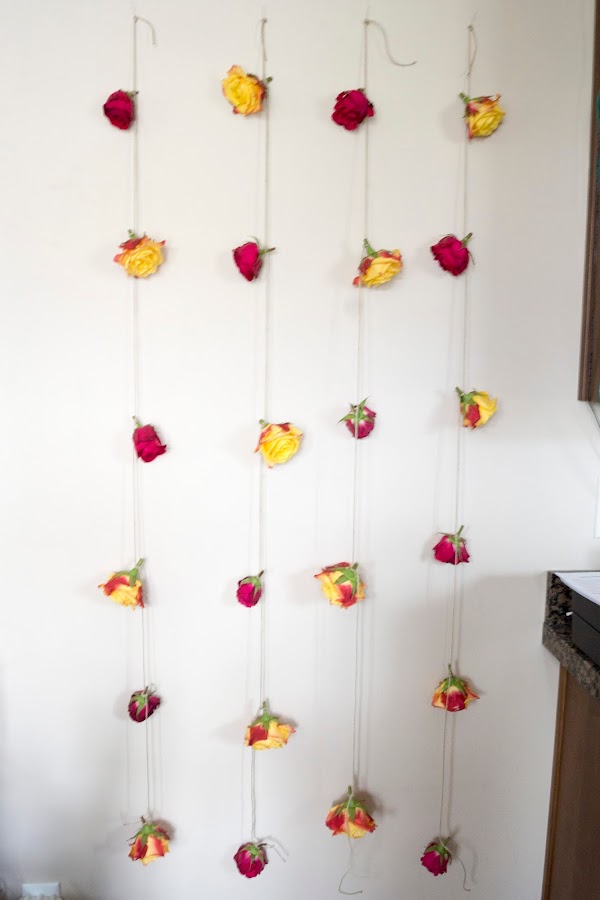 I hung some fresh roses on twine as a backdrop for pictures of Lily. 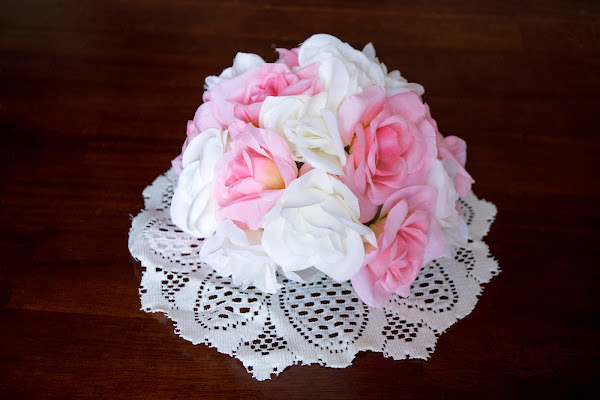 I made this as a centerpiece for our table. I bought fake roses from the dollar store and stuck them into a floral wet foam ball. I cut off the bottom of the ball so that it would sit flat on the table. 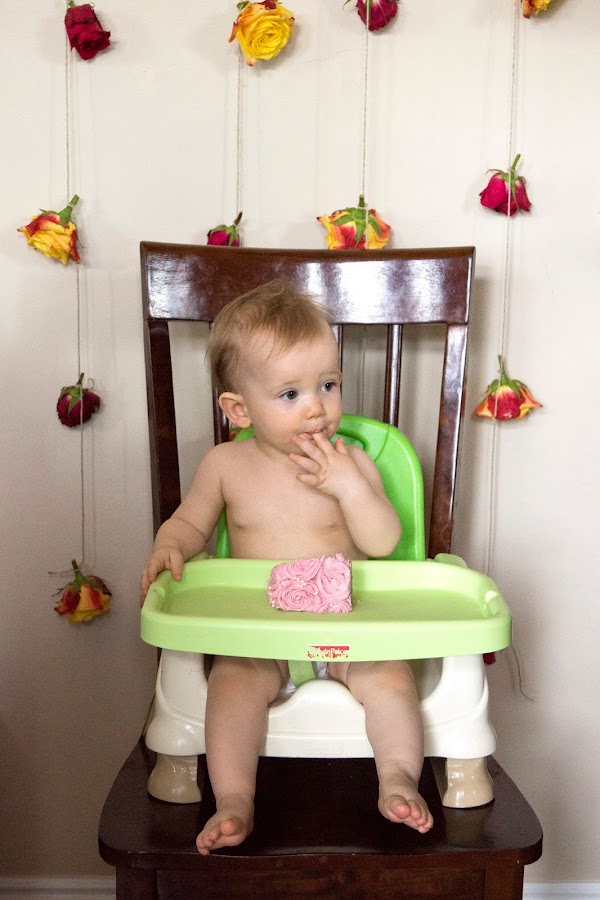 Lily was much more interested in her cake than Eve had been with hers when she turned one. But she still was fairly careful with it. No cake smashing for this girl. 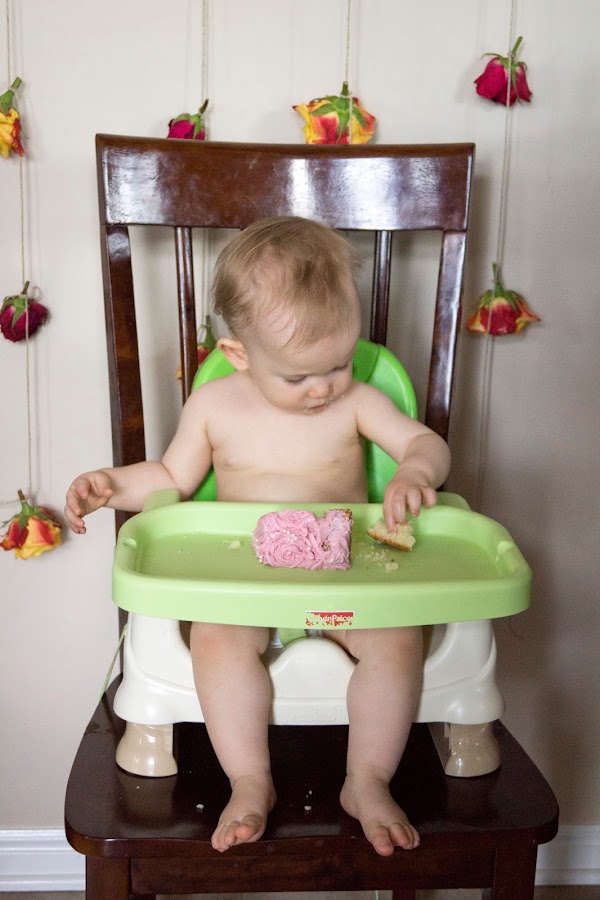 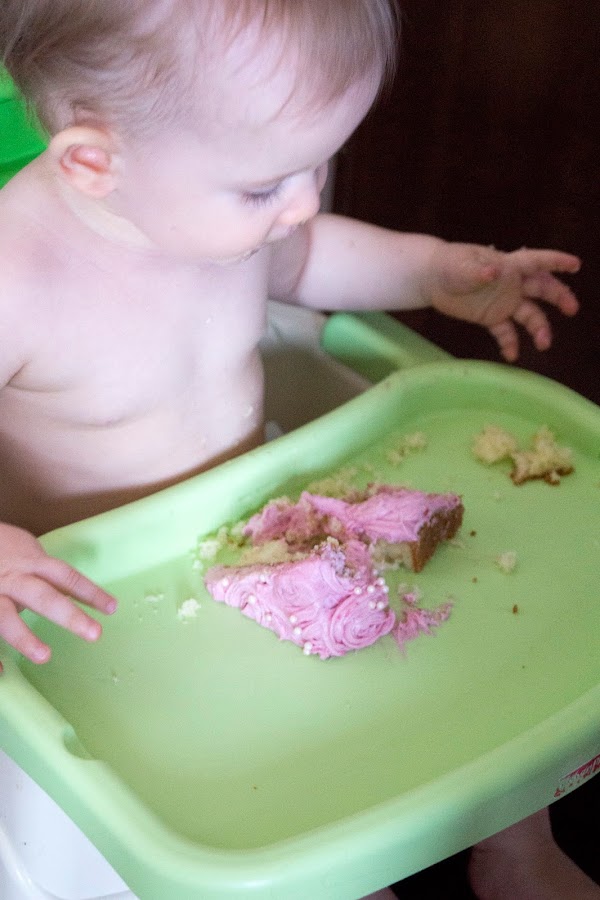 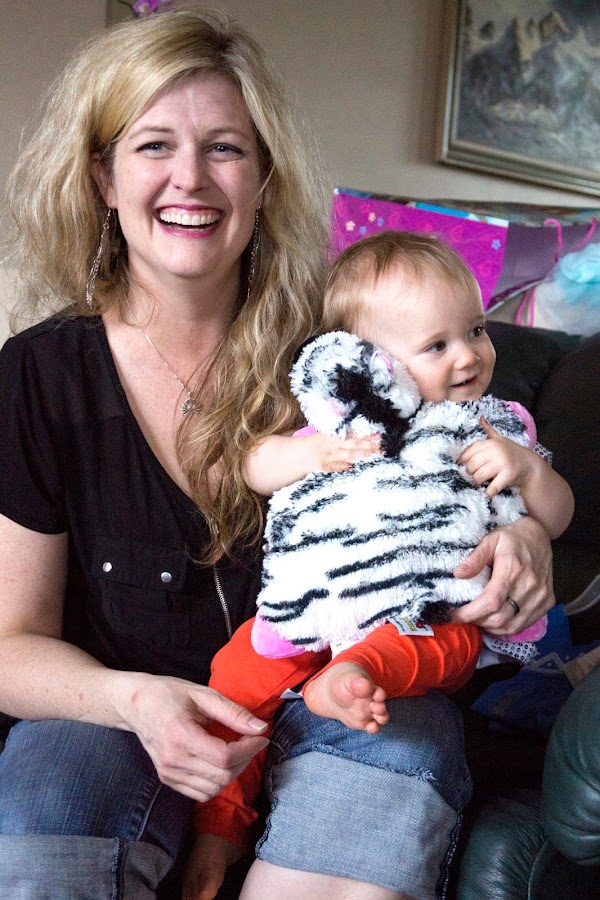 Lily's favorite present was this pillow pet from her aunt, Rachel. She just kept cuddling it and passing it to people sitting near her. It was ridiculously adorable! She is such a little sweetie! 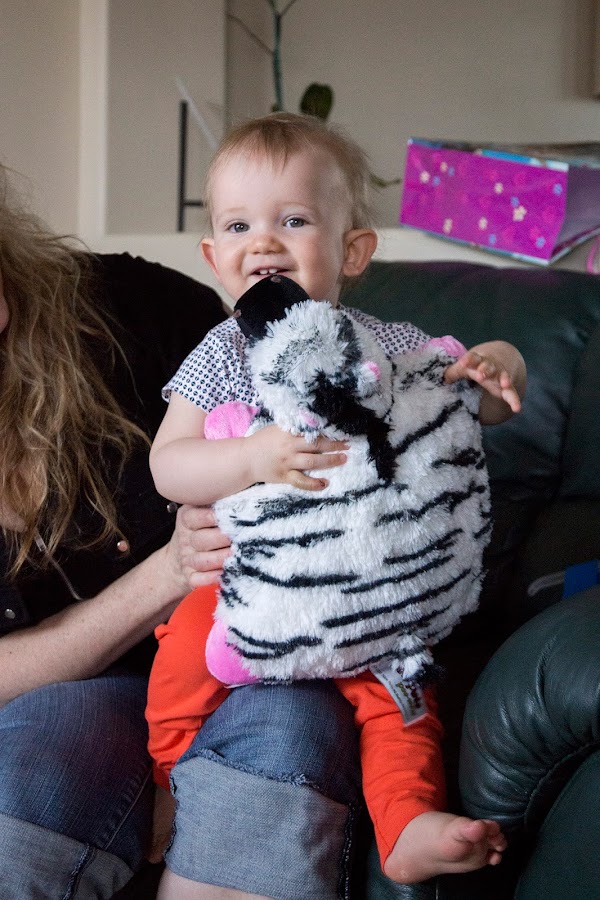 Happy birthday, Lily! Mama loves you so much!